Stage is set for resumption of ties with the US: Iranian MP 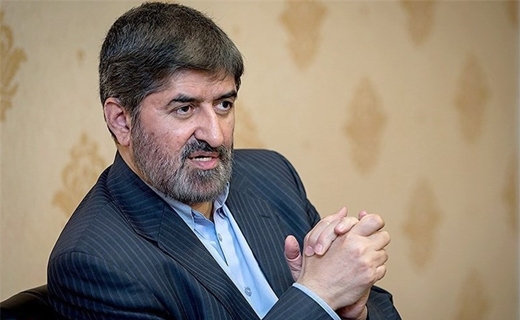 When the Iranians staged a revolution they had no plans to cut ties with the United States, and this estrangement is not expected to last forever, the principlist deputy said.

When the Iranians staged a revolution and ousted the Shah they had no plans to cut ties with the United States, Tehran MP Ali Motahari said in an interview Nameh News, a website, published on July 22.

Of course, the leftists played a role in provoking the US to sever its diplomatic relations with Iran, but this estrangement is not expected to last forever, he further said.

The following is the translation of what else Ali Motahari [an outspoken principlist deputy representing Tehran in the Islamic Consultative Assembly and the son of Ayatollah Morteza Motahari, a prominent philosopher who was assassinated by terrorists a few months after the Islamic Revolution in 1979] said in the interview:

On the possibility of Iran and the US reestablishing diplomatic relations, Motahari said, “The stage is set for the reestablishment of ties which has become more likely.”

On the nuclear deal Iran has struck with P5+1, he said MPs have yet to be let in on the details. “But, from what I gather, the deal ends the injustices the Iranians have suffered in the form of sanctions in recent years. The deal will play a role in improvement of our foreign relations, betterment of our economic conditions and settlement of some regional problems.”

He also described the Iranian nuclear negotiating team as worthy of praise for its performance in the talks.

The Tehran deputy also said that through better relations with the rest of the world Iran can better achieve the ideals of its revolution. “Contrary to assumptions by some that estrangement with the West will serve our interests, I believe that through closer ties with other countries, Iran can better secure its objectives. Israel is an exception, because we don’t recognize it.”

He went on to say that the great Islamic civilization that thrived a millennium ago was the result of close relations between Muslims and followers of other faiths. “If the Muslims had shut the door to better relations with other countries back then, Islam’s reach would not have been as vast as today.”

In conclusion, he said, “With this deal our Islamic Revolution has opened a new chapter in its history. With the new status we secure in the world [as a result of the deal], we can achieve our revolutionary goals more easily.”