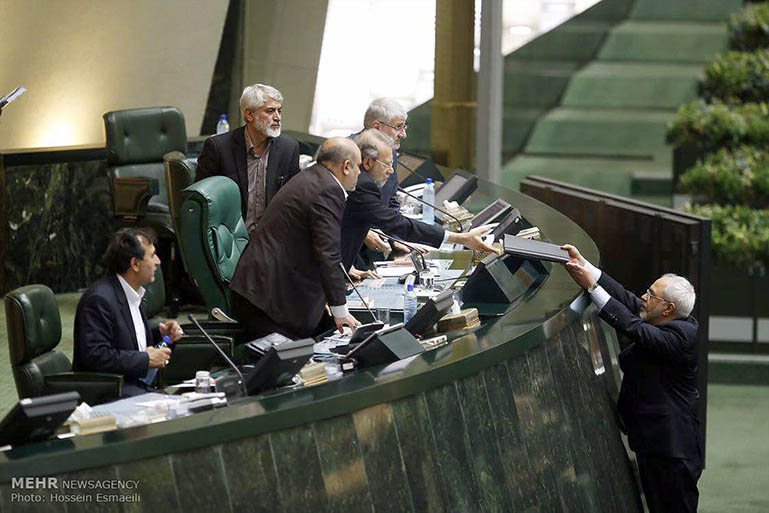 In light of the fact that JCPOA entails certain commitments for Iran, it should be viewed as an agreement and under the Constitution any agreement needs the blessing of the Islamic Consultative Assembly, Saghaei said.

Two weeks ago the Iranian Foreign Ministry delivered the text of the nuclear deal Iran struck with P5+1 in Vienna on July 14 to the Islamic Consultative Assembly so that the Iranian parliament could launch its review of the deal which came on the back of the longest-running diplomatic negotiations of the century.

After the submission of the text, two outspoken Tehran MPs called on the executive branch to present a bill on the Joint Comprehensive Plan of Action (JCPOA) and insisted on the chamber’s right to put the deal to a vote.

Following the appeal of the pair, Government Spokesman Mohammad Bagher Nobakht said parliament is not supposed to vote on the deal. “All it needs to do is to receive reports on the agreement and signal its concerns – about national interests and the red lines set and instructions issued by the Supreme Leader – to the Supreme National Security Council which will review the deal.”

Later, Director of the Atomic Energy Organization Ali Akbar Salehi also said JCPOA does not need the blessing of the Islamic Consultative Assembly.

Alef.ir, a news website run by principlist Tehran MP Ahmad Tavakoli, quoted Mohammad Saghaei, a principlist member of parliament, as saying that Speaker Ali Larijani has underlined the need for the government to present a bill to parliament on JCPOA.

He said,” In light of the fact that JCPOA entails certain commitments for Iran, it should be viewed as an agreement. Under the Constitution, it needs the blessing of the Islamic Consultative Assembly. We don’t care what the document is called; what is important is its content. I believe it should be presented to parliament in the form of a bill to be voted on by the chamber.”

The MP further said the Speaker’s view that the deal be presented as a bill seems to be correct.

In conclusion, he said ordinary agreements with other countries, such as ordinary ones covering issues such as transportation cooperation, are all voted on in parliament and failure to send a bill to parliament on a deal between Iran and other governments is unprecedented.