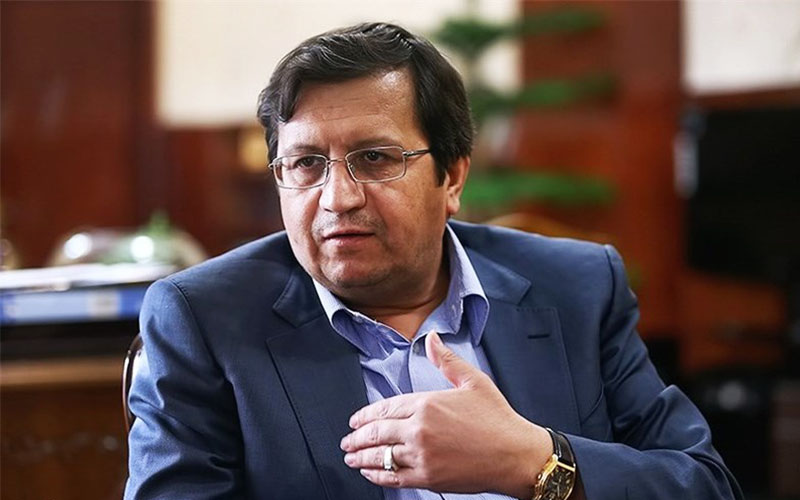 Governor of the Central Bank of Iran Abdolnasser Hemmati says the South Korean banks that have blocked Iran’s funds should pay the damage suffered by Tehran during the past two years.

The CBI chief made the remarks in a written response to questions from Bloomberg about billions of dollars in Iranian assets that have been frozen in the banks of South Korea under the pressure of US sanctions.

What follows is the text of the interview:

Question: You’ve said that interest should be paid on the $7 billion of Iranian funds that are currently in South Korea. How much interest do you estimate has accumulated over the past two years?

Hemmati: The Islamic Republic of Iran has been prevented from using its funds with Korean banks, as a result of the Korean banks’ full cooperation with the maximum pressure policy of the United States against Iran. This policy is against international law and not justified by legal principles. Therefore, we believe that those Korean banks should pay the damage suffered by the Islamic Republic of Iran during these two years. The amount of such damage is a technical issue which should be determined by banking and financial experts.

Question: Did the South Korean delegation give an indication that they can release the funds soon? Or did they give a time frame for when they can resolve the situation?

Hemmati: The South Korean delegation mentioned that they have the political will to resolve the issue and enable Iran to make use of their assets, but the problem is that they want to comply with the US policies and regulations as well.

Question: Were they specific about what is stopping them from releasing the money? Are they facing direct pressure from the US government, for instance, or from certain US banks?

Hemmati: There are a number of problems for the utilization of funds belonging to the Islamic Republic of Iran. Iranian banks and financial institutions, including the Central Bank of Iran, are listed by the US Treasury as sanctioned entities. Unfortunately, the Korean government has succumbed to the pressure and, unlike some other countries, refuses to cooperate with Iran. Our other partners could find some ways so that we can use resources to import humanitarian goods, but the Korean government did not propose any reliable channel in this regard. The funds are held with Korean banks which have business with the US banks and they take it as an excuse that the funds are Korean won and cannot be converted into euro directly.

Question: How did your meeting end? Did the South Koreans give any promises or pledge to make new efforts to try and release the money?

Hemmati: South Korean authorities promised that they will do whatever they could in order to release the funds. But this was not the first time they are making such promises.

Question: Did you discuss the oil tanker and is the seizure of that vessel linked to Iran’s trapped funds?

Question: Is it possible to redirect the funds that Iran has trapped in South Korea into INSTEX? Is that something that you have been discussing?

Hemmati: Transferring the funds to INSTEX or the Swiss channel remains among the possible options but it is the second step. The first step is that we should witness a political will in Korean banks to release the funds and cooperate with Iranian banks. We have not witnessed such a political will yet. In addition, it needs to be reminded that INSTEX has been practically of little use so far and is mostly affected by the same US sanctions. So INSTEX has not worked as we expected to make trade ties with the European countries beyond the US sanctions, as the European countries have not had enough courage to hold their economic sovereignty.