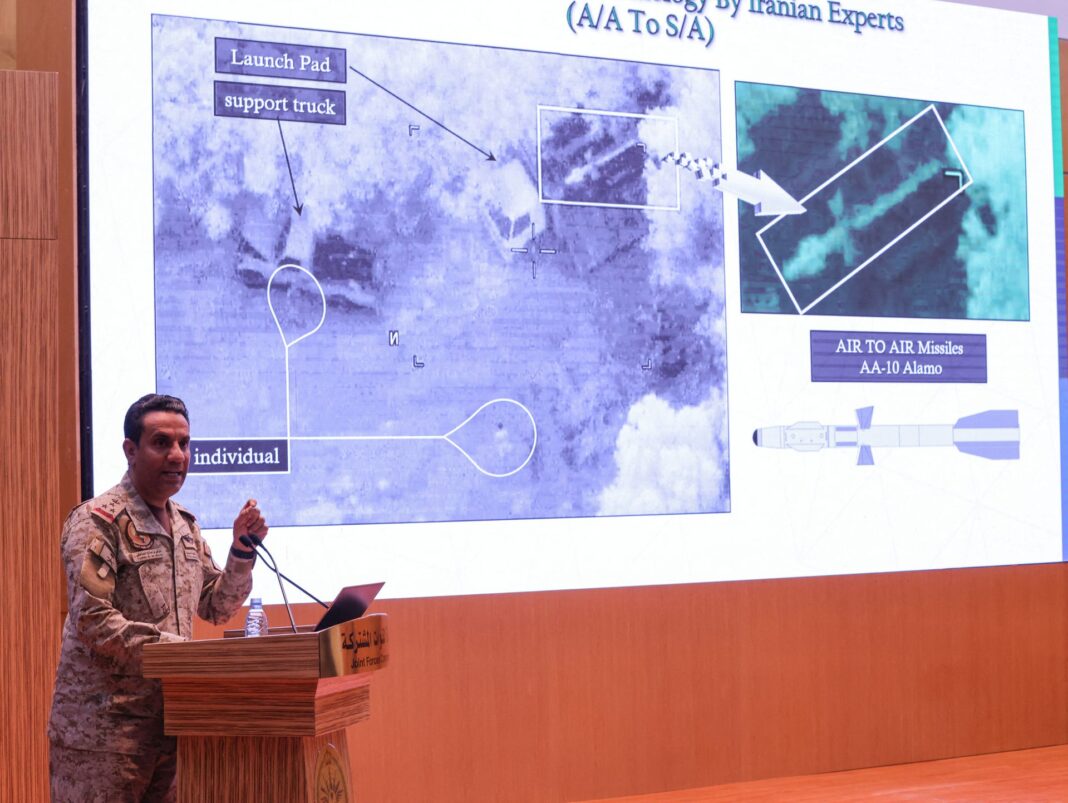 A senior Yemeni source has refuted Saudi claims that fighters of Lebanon’s Hezbollah resistance movement are supporting the Yemeni forces in their fight against the Riyadh-led coalition.

The source revealed to Al Mayadeen that the remarks by spokesperson for the Saudi coalition forces is a “lie”.

The source pointed out that the spokesperson, Turki Al-Malki, showed reporters a fabricated clip showing “Hezbollah’s involvement in Yemen and the use of Sanaa airport to target Saudi Arabia.”

Although none of the people in the video were Lebanese, Al-Malki alleged that “Hezbollah is training the Huthis to booby-trap and use drones.”

The video also attempted to depict “the headquarters of Iranian and Hezbollah experts at the airport.”

Al-Malki had shown clips, none of which could be independently verified, of alleged “Hezbollah members” placing explosives in a drone, with another man who identified himself as a Hezbollah member telling Ansarallah members that “we must strengthen our ranks.”

The senior Yemeni source asserted that the personnel in the video published by the Saudi coalition “is not Lebanese and does not include any Lebanese images”, adding that “what was published conjures mockery and does not deserve a response, and confirms the bankruptcy of these people and a lost cause.”

He continues, “The fabricated tape confirms that the Yemeni people are marching towards a conclusive victory”, stressing that the films “are poorly prepared and directed, and are evidence of their defeat.”