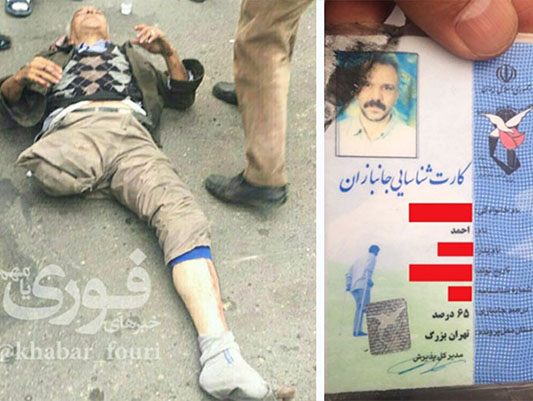 Social media users in Iran have been shocked after seeing the photos released of a disabled Iranian war veteran who is extorted and dragged on the street ground by a number of bullies who later steal his car.

According to a report by IFP, the photos released on social media belong to Ahmad, a war veteran who has lost one of his legs in the Iran-Iraq war (in the 1980s) and is 65% disabled.

The man, who is a cab driver, has been reportedly extorted by a number of bullies and dragged on the street ground. The criminals have even sprayed tear gas in his eyes and then stolen his car.

Photos show him lying on the ground as people have gathered around him, when his car is stolen. 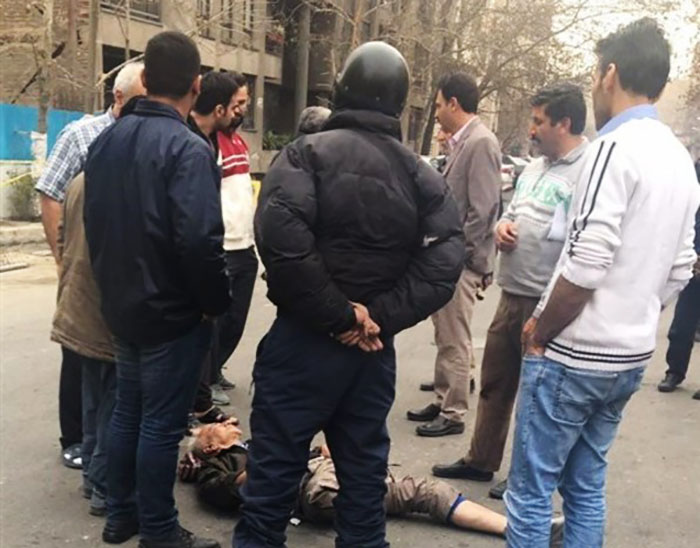 Many social media users condemned the move and called it disgusting. In one of the reactions, IRIB reporter Hassan Shemshadi published the photos in his Instagram account and described the news as even more bitter and deadlier than poison.

He also asked why war veterans should have to work for a living and survive under such circumstances.

In reaction to the viral photos and comments about Ahmad, the head of Iran’s Foundation of Martyrs and Veterans Affairs expressed regret over the incident, and stressed that the Foundation is seriously pursuing the veteran’s rights and the arrest and prosecution of the criminals.

According to the Foundation’s statistics, there are 548,499 disabled veterans of the Iran-Iraq War living in Iran as of June 2014, a number which includes the victims of Iraq’s chemical weapon attacks on Iran.