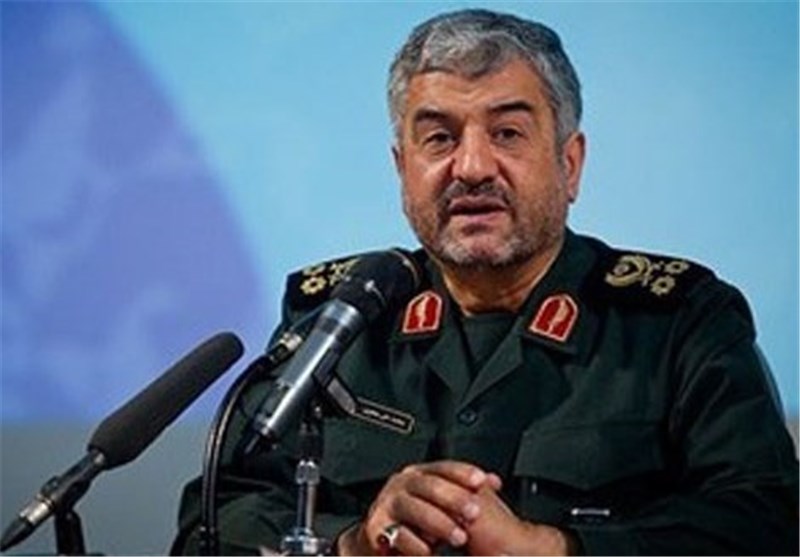 Undoubtedly, when objectives of terrorists are not fulfilled in Syria, it will have a direct effect on Iran’s security, Major General Mohammad Ali Jafari said.

Commander of the Islamic Revolution Guard Corps (IRGC) Major General Mohammad Ali Jafari stressed Iran’s unwavering support for Syria and said the situation in the Arab country has a direct effect on the Islamic Republic.

Speaking to reporters Tuesday on the sidelines of a ceremony in commemoration of Major General Hossein Hamedani, an IRGC commander who was martyred on October 8 on an advisory mission in Syria, Major General Jafari said the security situation in Syria affects that of Iran.

“Undoubtedly, in a country like Syria with its population, religious and ethnic composition, when their [terrorists’] objectives are not realized, it will have a direct effect on our security,” the commander said.

He further praised the braveries of Major General Hamedani, saying that he played an outstanding role in the resistance of Syria against foreign-backed militancy.