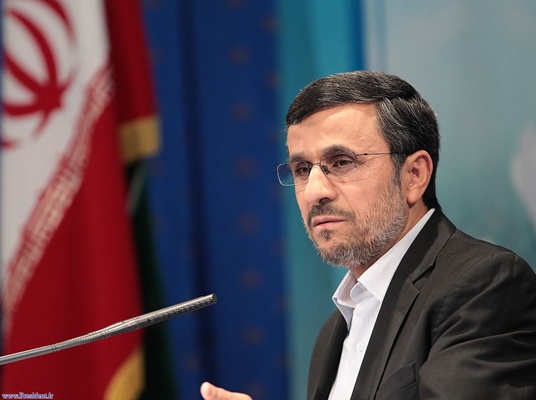 Iran’s former president Mahmoud Ahmadinejad has blasted Trump’s Friday statements against Iran, saying that showing humility towards arrogant enemies makes them more impolite and leads to more unfair and illegal claims by them.

In a statement issued on Saturday, the Iranian ex-president said the civilized Iranian nation, based on its divine teachings and historical understandings, has realized that showing arrogance against the arrogant is the same as being humble.

“Accordingly, the officials of the ninth and tenth administration of the Islamic Republic [his two terms in office] with an incomparable popular support, firmly stood up against the global arrogance vigilantly, and never let them deprive the Iranian nation of their rights,” he added.

Ahmadinejad further mentioned in the statement that the stance of the US government once again proved that they are not aware of the eminence, abilities and the authority of the Iranian nation, and are unable to understand of the divine-human qualities of the Iranians.

“They suppose that with psychological warfare and intimidation of a few they could open up the way for the Iranian nations’ surrender, gain historic privileges, and permanently restrict Iranians’ access to  progress.”

“However, if such actions were to make changes to the geography, culture, stance and positions of the Islamic Republic and its nation, there already existed more plundering rulers in history who had the same desires, but did not live to see their dreams come true,” underlined Ahmadinejad.