The Shir berenj Pudding is a nutritious food commonly served during the evening fast-breaking meals in the holy Islamic month of Ramadan.

Shir berenj (literally translated as milk-rice) is of one the oldest Iranian puddings which is simple, and at the same time nourishing.

This tasty pudding is made with milk and rice and is easy to cook. It is mostly served during Iftar (fast-breaking meal at sunset) during the holy month of Ramadan.

An expert in traditional medicine says Shir berenj is a useful food and had better be used with cinnamon for better digestion.

As Shir berenj is made with milk and rice, it is usually used as complementary food for children under two years of age as well as a side dish for adults, says a nutritionist.

Milk, with which Shir berenj is made, contains high-quality protein good for the growth of body tissues, the nutrition expert adds. He says the pudding is recommended for those who fast, especially youngsters. Milk also contains vitamin B2, which expedites metabolism. The pudding is usually served after the main course with sugar, jam, grape syrup or anything which is sweet. 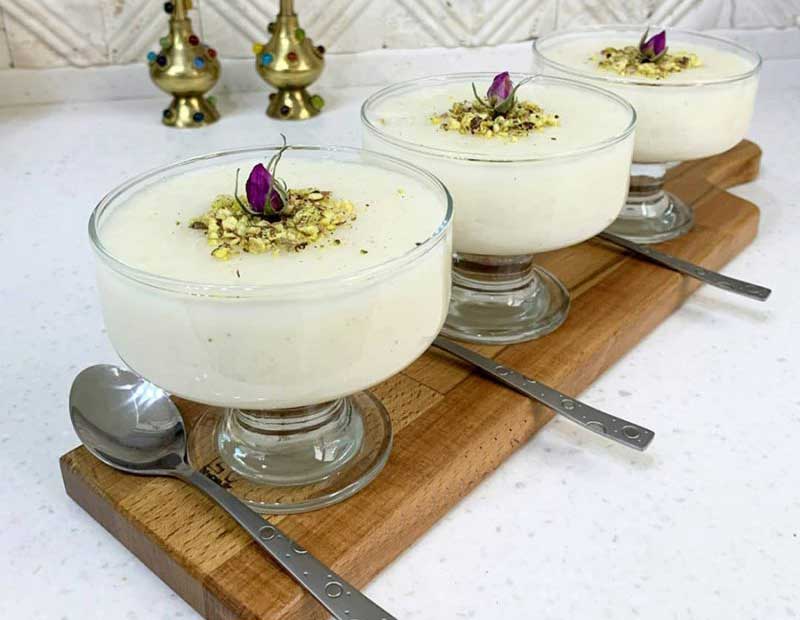 Rinse the rice in water with no salt added and leave it for a few hours. Then remove the water and put the rice in a casserole with two cupfuls of water, or one cupful of water and one cupful of milk. Put the mixture on the oven to be cooked and become a little soft. Then add the remaining milk while the pudding remains on low-temperature heat. Keep stirring the pudding until fully cooked.

Now add the rosewater. After one or two minutes, remove the casserole from the oven, put the pudding in the serving dish and garnish it with cinnamon. Now it is ready to be served.

N.B.: Sugar could be added to Shir berenj along with milk and rosewater while the dish is being cooked. In certain areas, it is served with grape syrup, jam or honey.

1. To give your Shir Berenj a unique taste and smell, just before your rice pudding is done, add some rose water.

2. If you are preparing your Shir Berenj with flower syrup or rose petal jam, avoid also adding sugar.

3. One of the musts in preparing Shir Berenj is using high-quality Iranian rice.

4. To cook Shir Berenj, you should ensure rice grains split well and have enough time to cook with milk.

5. When adding the milk, increase the heat and when the milk began to boil, lower the heat to the medium level. Also, during the process, keep the pot’s to away so that the rice pudding does not spill over.

6. You may replace sugar with rock sugar. For that, you should dissolve it in water.
Note: If you are serving Shir Berenj for dessert, you should let the water boil away completely and make sure the pudding is thickened. Then you should put it in your favorite mould and press it with the back of a spoon and get it refrigerated so that it is hardened.

7. To prepare it, make sure to use half-grain rice or use the back of a spoon to crush the rice. 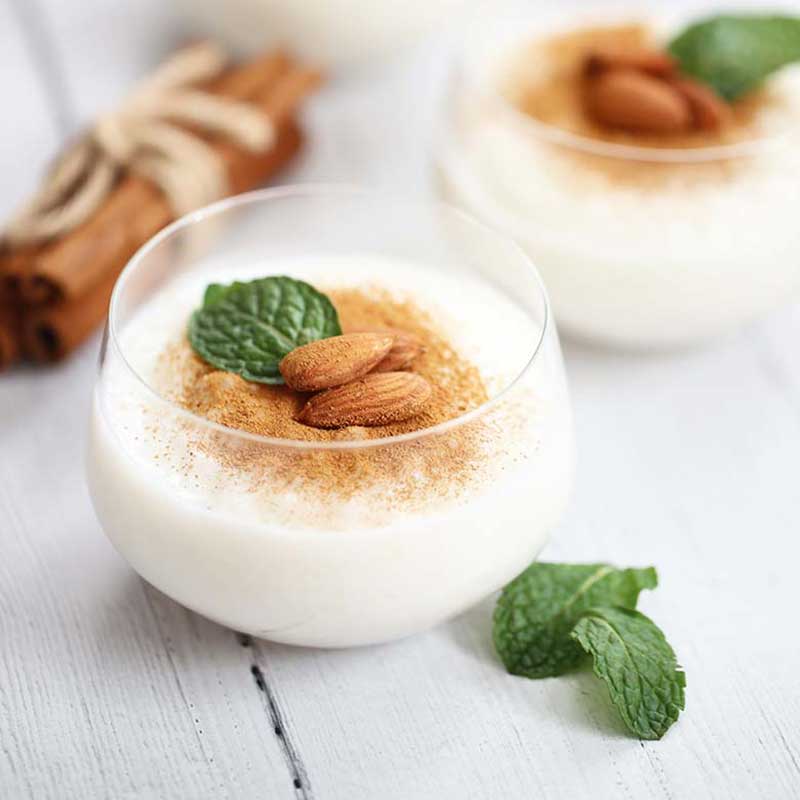 How to serve Shir Berenj

1. To make Shir Berenj tastier, soak pistachio and almond strips in rose water and sugar the night before, so that the strips lose their bitter taste.

2. In the city of Tabriz, it is served with rose petal jam, which has an exceptional flavor. Also, some eas the pudding with grape honey.

3. If you want to prepare it with cream, remove one cup of the milk and instead use a cup of cream.

You can eat Shir Berenj as appetizer when warm or use it as dessert when cold.