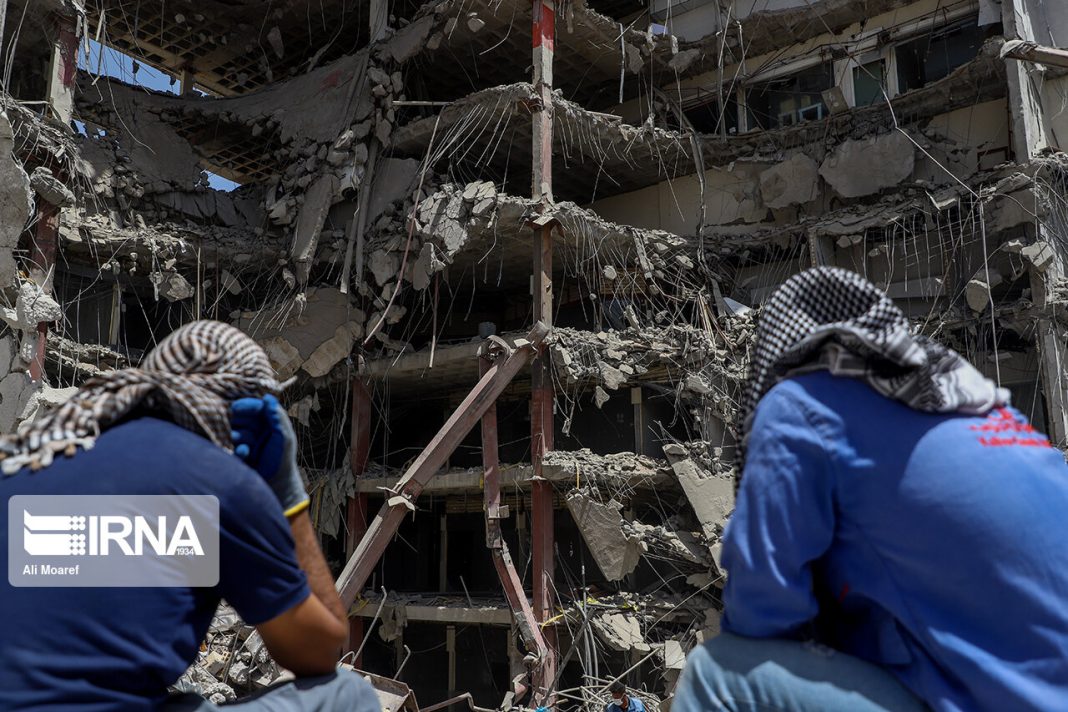 Iran’s security chief offers sympathy with families of the victims of a tower block collapse in Abadan, saying the iconic city will eventually rise from the rubble of the Metropol Building and overcome the psychological warfare being waged by enemies against the country in the aftermath of the tragedy.

Secretary of Iran’s Supreme National Security Council (SNSC) Ali Shamkhani said those who lost their loved ones in the disaster were currently grappling with “two types of debris,” one left from the building collapse and the other caused by the “politically bankrupt” elements loyal to the ex-Pahlavi regime.

Shamkhani was speaking during a ceremony joined by Iranians originally from Khuzestan Province residing in Tehran. The senior official was himself born in Khuzestan and played a key role as a commander in the province’s defense campaign against the invading Iraqi military in the 1980s war.

“While authorities are doing their utmost to remove the physical debris and investigating the technical aspects that led to the incident, the elements who are creating [psychological] rubble, are at work to fabricate and spread maximum rumors in order to disturb public opinion,” he warned.

However, he said, today’s Abadan is the same city that successfully broke a siege imposed on it by the army of ex-Iraqi dictator Saddam Hussein in the 1980s war, and its “brave and patient people will overcome the hardships and problems with the same spirit.”