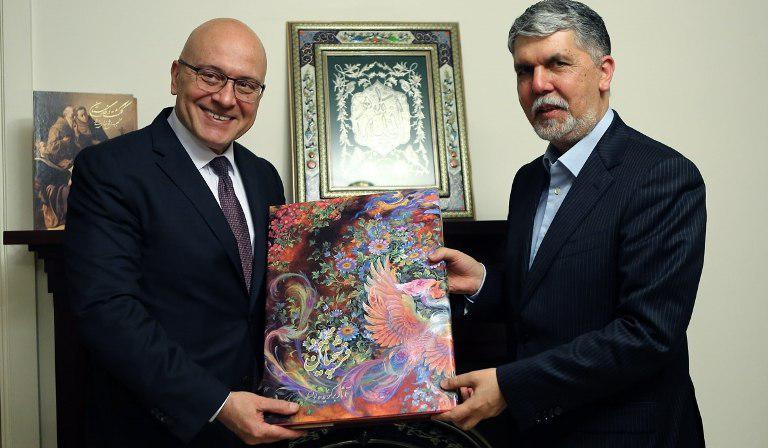 The Serbian minister of culture and information says he would like the people of his country to get more familiar with Iranian works of art.

Vladan Vukosavljevic said in a meeting with his Iranian counterpart Abbas Salehi that he was pleased to see his country is chosen as a special guest at the 31st Tehran International Book Fair.

The Serbian official expressed hope his country’s presence at the event will be fruitful.

He also stressed the need for Persian and Serbian poems to be translated into the languages of the two countries.

The top official said he wants not only Serbian elite, but also the general public to get familiar with Iranian works of art. He said Serbia’s presence at the Tehran book fair can result in more books being translated into both languages.

He also welcomed mutual cooperation in the domain of culture, calling Iran to attend the Belgrade book fair as a special guest.

The minister noted that the works of Iranian poets such as Ferdowsi and Khayyam have been published and read in his country for more than 100 years now.

The Iranian minister, in turn, said the presence of Serbia at the Tehran book fair as a special guest could be a turning point in the enhancement of bilateral relations.

Given the good political and economic relations between the two countries, Salehi said, the expansion of cultural ties can further strengthen mutual cooperation.

He also emphasised the need for closer cooperation between the two sides in the domain of culture and arts, including the Persian carpet, museums of contemporary arts, national libraries, interfaith dialogue and the exchange of different groups of artists, particularly in the fields of theatre and music.