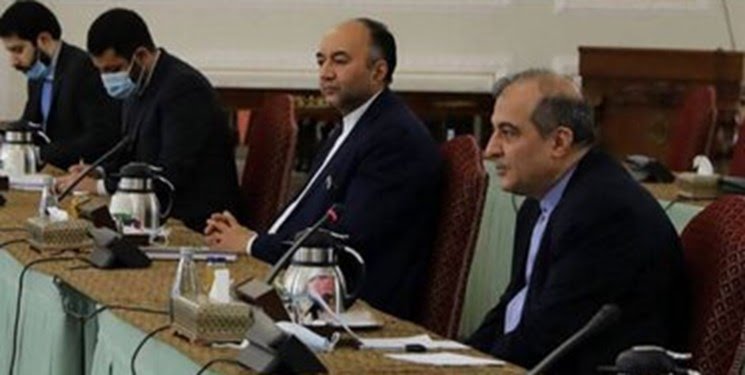 A senior advisor to Iran’s foreign minister has called for the eradication of terrorism in Syria and the return of Syrian refugees to their home.

Italian Special Envoy for Syria Stephen Ravanan has met with the Iranian foreign minister’s senior advisor on special political affairs Ali Asghar Khaji.
The meeting was held on October 19 on the

sidelines of the meeting of the Syrian Constitutional Committee in Geneva. The two sides discussed the latest developments in Syria.

In this meeting, Ravanan stressed the importance of Iran’s regional role, especially in Syria.

He added that the Italian government is involved in the fight against terrorism, pursuing a political solution to the Syrian crisis and providing humanitarian assistance to the Syrian people through the European Union and the United Nations.

In this meeting, the senior advisor to the Iranian minister of foreign affairs said the Syrian people are basically in need of humanitarian aid.

He further called for the return of refugees to their country and the eradication of terrorism in Syria, stressing that tranquility in Syria will lead to stabilization of the region. Khaji said the continuation of U.S. and European sanctions policies will not help resolve the Syrian crisis.

In the end, the two sides agreed to continue their consultations in the future on helping with the Syrian crisis.