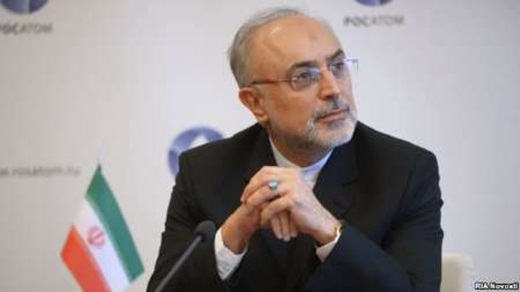 There will be some obligations that we have to undertake and some others that they will undertake to do as well, said Salehi.

Director of the Atomic Energy Organization of Iran said Sunday that the Security Council will terminate total sanctions on the same day a nuclear deal is reached between Iran and the six world powers.

Speaking in an exclusive interview with al-Alam news network, Salehi made it clear that the context of the nuclear deal will be binding for the two parties when it was signed by June 30.

“There will be some obligations that we have to undertake and some others that they will undertake to do as well,” Salehi said.

However, he noted that measures that Iran is expected to take are facts and tangible while the other party has to honor a series of legal provisions to be envisaged by the comprehensive deal.

Salehi noted that Iran has to be cautious that the two measures have to be taken at the same time.

“A sentence can be omitted or added by means of a pen, but, when a pipe is cut it cannot be easily turned to its first shape.”

When asked about the timetable for the two sides to honor their commitments, the time when Iran is expected to introduce some changes to its nuclear program and the other party to terminate sanctions in its entirety, Salehi said that every effort will be made for it not to take more than a month.