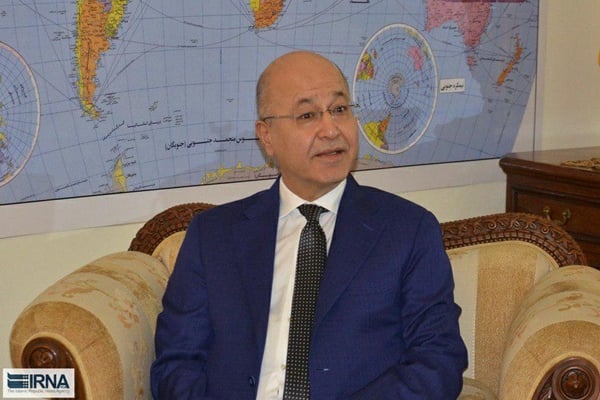 He said the national interests of Iraqis as well as the people of the Kurdistan Regional Government would be met only if the country makes its borders with neighbouring states secure, particularly those with the Islamic Republic of Iran.

“We condemn the recent terrorist attacks carried out from northern Iraq against Iran and believe that the KRG along with Baghdad should take long strides in putting an end to such attacks,” he said.

“The security of a region requires all involved sides to adopt joint measures against insecurity because terrorist attacks threaten our national interests and neighbours,” he said.

Salih then referred to the political situation in Iraq and called on the conflicting sides to put aside their differences, saying by resolving its internal crisis and restoring its national stability, Iraq can contribute to regional peace and security.

He cited victory over ISIS in Iraq as a good example of cooperation among all involved sides in Iraq and said the terrorist group was defeated because all Iraqis from Shiite to Sunni and Kurds came to the conclusion that the group is threatening the country and the whole region.

The Iraqi Kurdish politician then warned about division inside Iraq and said the country is in a dire need of a strong central government which can meet public demands.

According to Barham, Iraq’s next president should be picked up based on consensus among all Iraqi factions as well as all parliamentarian factions. 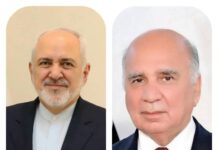