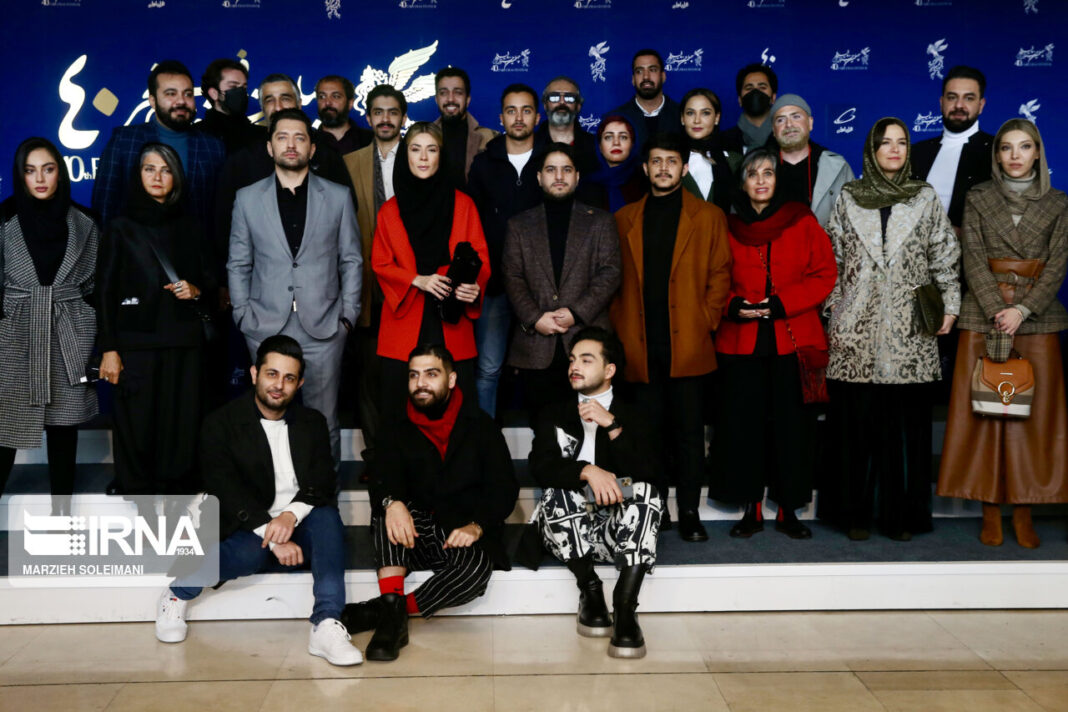 On the second day of Iran's Fajr Film Festival, movies were screened in theatres of Tehran and other Iranian cities in the competition section, while critics watched two films at the Milad Tower Conference Center in the capital.

“Grassland” produced by famous Iranian actor Bahram Radan and directed by Kazem Daneshi was the first movie that was screened on Tuesday.

Daneshi stated in a press conference after the screening of the film that it was made based on several real cases. He explained that in order to get closer to reality, he had attended several court sessions accompanied by the film’s actors, Pejman Jamshidi and Sara Bahrami.

“The deceased” directed by Hossein Namazi was the second film to be shown to critics.
On the first day of the festival, journalists and photographers protested against the cramped conference hall amid the spread of the coronavirus in Iran, and in response, officials changed the media conference hall on the second day. But the crowded theater and press conferences on the second day also drew criticism.

Inspectors and other officials of the ministry of health will attend this year’s festival to monitor compliance with health protocols.

People who come to watch a movie at Milad Tower can receive a coronavirus jab if they want to.

Meanwhile, during the first hours of screening, enthusiasts were surprised to see empty theatres in some of the busiest cinemas in Tehran while the online ticket sales system showed all seats had been booked.

The 40th Fajr Film Festival, marking the anniversary of the victory of Iran’s Islamic Revolution, will run through February 11 and will end with an awards ceremony.