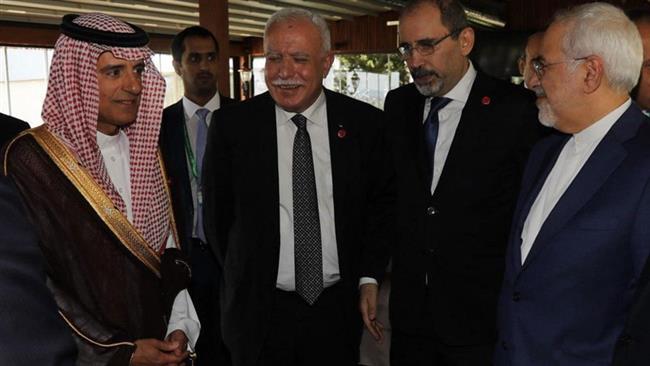 A diplomat at Saudi Arabia's embassy in the United States has bitterly recounted how leading US daily The New York Times rejected an offer by the Saudi ambassador to Washington to publish an opinion piece in the paper but accepted an op-ed by Iranian Foreign Minister Mohammad Javad Zarif shortly afterwards.

Writing in Arabic on his Twitter page, Faisal bin Farhan, a “senior advisor” at Saudi Arabia’s Washington Embassy, said the Saudi envoy had recently asked to write a piece for The New York Times but received what was a polite but unmistakably chilling response.

“The response was an apology on the grounds that the article by Thomas Friedman was very positive, so there is no need for an official Saudi voice on their pages,” Faisal bin Farhan wrote, referring to a feature article by Friedman, a foreign affairs columnist at the daily, in which he portrayed Saudi Crown Prince Mohammed bin Salman in a curiously positive light.

“Their exact words were: ‘Wasn’t the Friedman piece’ enough for you?'” continued Faisal bin Farhan, who couldn’t conceal his emotions: “Of course a week later, an article was published by Javad Zarif.”

The article by Friedman was widely criticized for crudely depicting the Saudi crown prince as a “reformer.” Critics said the piece fell short of meeting The New York Times‘ often high standards and Friedman, who interviewed Mohammed bin Salman over “lamb dishes” and surrounded by his loyalists, was too comfortably charmed by the Saudis.

Foreign Minister Zarif of Iran, abundantly media-savvy and fluent in English, has been prominently featured on the pages of The New York Times and on many other leading American media outlets on numerous occasions.