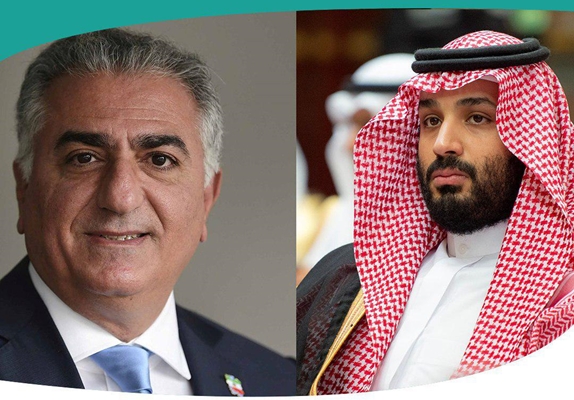 Reports say Reza Pahlavi, the son of the former Shah of Iran, will soon receive a paycheck to appear in a show that will be produced by Saudi-backed satellite TV channel “Iran International”.

Informed sources say a number of Saudi intelligence officers have been deployed to the UK since a while ago to start the production and broadcast of a television program featuring Reza Pahlavi, who considers himself an opposition leader in exile. A media advisor group is also scheduled to give them assistance.

Noor News has quoted some sources as saying that Reza Pahlavi had asked for a large amount of money, but ultimately and under the pressure of a European intelligence service he accepted to appear in the show receiving one-fifth of his initial request.

The goal of the program is to lift up the Pahlavi monarchy and to eliminate the hatred in the Iranian society towards the treachery of this family and also to create a positive mindset about them using psychological and media operations.

The initial proposal was set forth by Saudi Crown Prince Mohammed bin Salman in order to create an internal division in the Iranian society.

The MKO, which is strongly against Reza Pahlavi as one of the opposition elements of the Islamic Republic, has warned Saudis and some sponsors of the program that in case of producing such program, they will disclose secret information about them.

Based on the information received, Reza Pahlavi is scheduled to travel to several countries and meet with leaders of some of the opposition movements.

Earlier, the Guardian revealed that the UK-based TV station is being funded through a secretive offshore entity and a company whose director is a Saudi businessman with close links to bin Salman.

It also said that Saud al-Qahtani, the crown prince’s information tsar, who was among two senior officials removed in connection with the Khashoggi case, was involved in the funding of Iran International TV.

Back in 2017, Iran International TV abruptly emerged on the London media scene. Many of the 100-strong staff network were offered generous salaries, often double what rivals paid, but was elusive about its source of funding.

UK Must Apologize for Role in 1953 Coup in Iran: Envoy