Saudi Arabia’s Security as Important to Iran as Qatar’s: Zarif 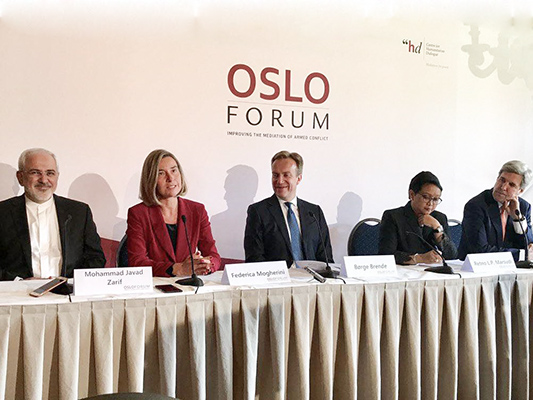 Iranian foreign minister said the security of all countries in the Middle East, including Saudi Arabia, is important to the Islamic Republic, and called for the development of a permanent mechanism for establishing sustainable regional security.

During his speech, Zarif criticized Saudi Arabia’s efforts to destabilise Iran, including its promotion of terrorist groups operating around the Iran-Pakistan border.

“We are aware, we have intelligence that Saudi Arabia is actively propping up terrorist groups operating on the eastern side of Iran in Sistan and Baluchestan [province] using the territory of one of our neighbours against its [Pakistan’s] will to launch attacks against Iran,” Zarif noted.

Only two months ago, their attack led to the murder of nine Iranian border guards, he added.

He also referred to the statements made by senior Saudi officials, including its minister of defence, who publicly stated that Riyadh will take the war into Iran. “It was a direct threat and very dangerous.”

“On the day of terrorist incidents, unfortunately my counterpart Adel al-Jubeir tweeted that Iran should be punished,” the Iranian foreign minister went on to say.

Such moves by Saudi officials are made while, according to Zarif, the Islamic Republic of Iran considers Riyadh’s security as important as that of Qatar. 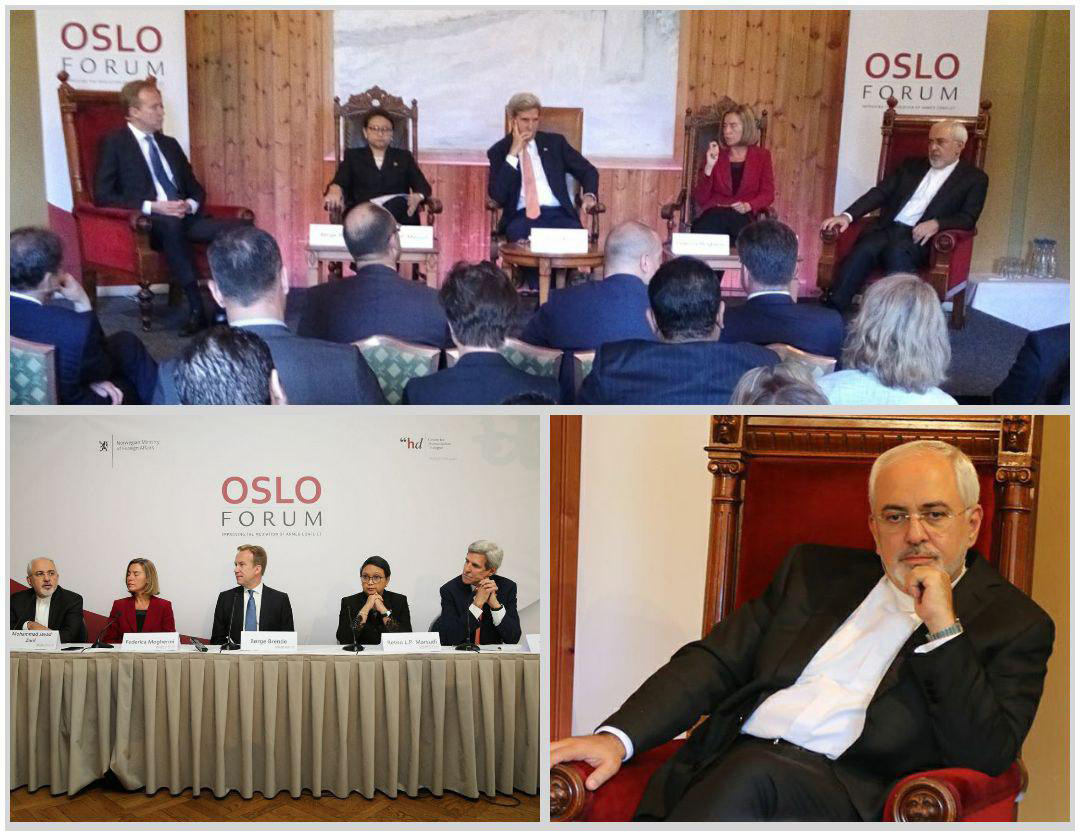 The Iranian top diplomat then highlighted the need for a permanent mechanism for sustainable regional security, stressing that all countries in the Middle East need a secure neighbourhood.

What follows is highlights of what Zarif said about the need for such a mechanism in the region:

“On foreign policy it is very clear that every authority in Iran, not just recently but since 1986, has promoted the idea of regional security because Iran, by its nature, because of its geography, because of its size […], needs security in the neighbourhood.

We are a very secure country. Putting this unfortunate incident aside, Iran is the most secure country in the region because of the very clear fact that 41 million people turn out to vote.

That [the ballot box] is the opportunity that is available to Iranian people and not available to many residents of our neighbours.

So we are very secure but we need a secure environment, we need a secure neighbourhood in order to be able to enjoy that security and reduce our expenses, our costs, both human and material costs for maintaining that national security.

We have been calling for the dialogue for the past close to 31 years. In 1986, at the height of Iran Iraq war when there was something called “tanker war” in the Persian Gulf. And the then Iranian foreign minister wrote a letter to the Secretary General of the United Nations calling for the need for a regional security mechanism, so that we would avoid the widening of the conflict between Iran and Iraq.”

Iran and the US used to call each other the Great Satan and Axis of Evil, but now we call ourselves brothers and sisters. Why can’t Iran and Saudi Arabia start talking in a non-zero sum approach and resolve problems? I am sure if there is a will, political will, we can do this.

“That letter became the basis for Paragraph 8 of Security Council’s Resolution 598 which ended the Iran Iraq war in 1988. But that paragraph 8 was never implemented. When we had the first aftermath, that was the Iraqi invasion of Kuwait, everybody believed that had we implemented paragraph 8 and put in place a security scheme in the region, we might have avoided that war whose costs we are still paying to this day, the rise of extremism, the rise of violence in our region all emanate from that war.

Now under these circumstances, we believe it is absolutely imperative for our region not only to resolve this particular conflict or dispute between our southern neighbours in the Persian Gulf through dialogue, but in fact establish a permanent mechanism for consultation, conversation, and conflict resolutions in our region using some variation of the Helsinki approach.

I think if it worked at the height of the cold war here in Europe, it should work. I said at another occasion, if Iran and the United States could address the nuclear issue at a time when we considered the United States what you know we considered them and they considered us, that’s what you know. I don’t want to repeat those names. But we were able to resolve one of the most difficult issues through dialogue and through a non-zero sum approach. Now between us that we call ourselves brothers and sisters [….] not axis of evil. We call ourselves brothers and sisters. Why can’t we start talking in a non-zero sum approach and resolve problems. I am sure if there is a will, political will, we can do this.”