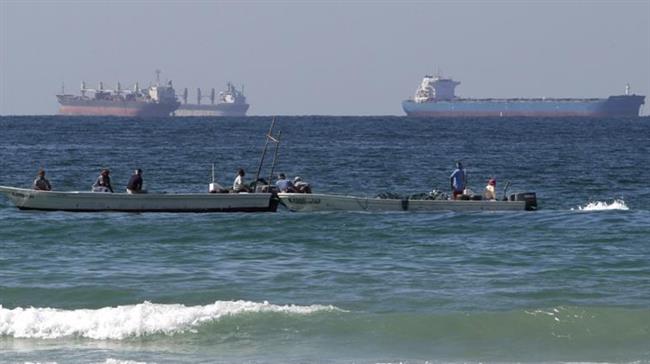 Riyadh has temporarily suspended all oil shipments through the Bab el-Mandeb Strait after Yemen’s Houthi Ansarullah movement launched retaliatory attacks on a Saudi warship and a vessel operated by the Riyadh-led coalition waging war the Arabian Peninsula state.

On Wednesday morning, the Houthi-run al-Masirah television network reported that Yemeni fighters had launched a missile attack on the Saudi Dammam battleship off the western coast of Yemen.

In a separate statement carried by Yemen’s official SABA news agency later in the day, the Houthis said they had also targeted a coalition boat off the coast of el-Durayhmi in southern Hudaydah port city.

A Yemeni navy source said that coalition boat was carrying weapons and Saudi-allied forces to Hudaydah, which has been the subject of a military push by Emirati forces and allied militants, backed by Saudi air raids.

Additionally, Lebanon’s Arabic-language al-Mayadeen television news network quoted the Yemeni navy as saying that the boat had been destroyed and all on board had been killed.

However, Saudi Energy Minister Khalid al-Falih said in a statement late on Wednesday that the Houthi fighters had attacked two Saudi Very Large Crude Carriers (VLCCs), each carrying 2 million barrels of oil, in the Red Sea.

Falih also said one of the VLCCs had sustained “minimal damage” and efforts were underway to move it to the nearest Saudi port.

Meanwhile, Saudi oil giant Aramco confirmed the Yemeni attacks on the vessels, which were operated by the kingdom’s shipping company Bahri.

It further claimed the decision to suspend shipments via Bab el-Mandeb was “in the interest of the safety of ships and their crews and to avoid the risk of oil spill.”

Yemen’s Naval and Coastal Defense Forces command said in a statement that the retaliatory operation “is not the first and will not be the last.”

“We reaffirm that those, who threaten international peace and security and expose the Red Sea security to great risks, are the US-Saudi aggression forces and their crimes and siege against the Yemeni people,” it added.

Saudi Arabia and its allies launched the war in March 2015 in support of Yemen’s former Riyadh-friendly government and against the Houthis.

Yemeni forces regularly target positions inside Saudi Arabia and fire rockets at the coalition’s battleships in retaliatory attacks against the Riyadh-led military operation on Yemen.

Saudi Arabia has also imposed a blockade on Yemen, which has smothered humanitarian deliveries of food and medicine to the import-dependent state.