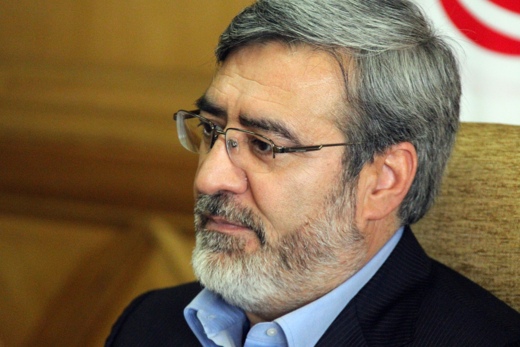 Criticizing the lack of support from the international community, Rahmani Fazli said that the world must be wary of the growing threat of terrorism and drug trafficking.

The Islamic Republic News Agency quoted Secretary General of the Drugs Control Headquarters Abdolreza Rahmani Fazli as telling journalists on February 16 that in the war on narcotics, the international community has not provided Iran with enough financial aid.

Taking a swipe at the failure of the world community to give Iran technical equipment under the pretext of West-slapped sanctions, he urged the world to be wary of the growing threat of terrorism and drug trafficking.

Underlining the alarming shift in drug consumption patterns, with a mounting trend for chemical narcotics, he said, “In the fight against chemical narcotics, good decisions have been made in Iran and a ban has been imposed on imports of a large number of precursors.”

As for a list of technical equipment Iran has submitted to the United Nations, Rahmani Fazil said, “If items on the list meet UN criteria, the world body will ship the equipment to us.”

He went on to say, “In my opinion, sanctions are simply an excuse, the aid we have been offered, especially in terms of finances and equipment, is not effective.”

Rahmani Fazli added, “In a report presented by Executive Director of the United Nations Office on Drugs and Crime (UNODC) Yuri Fedotov, Iran’s measures have been hailed as remarkable.”

He further said, “There is a direct relation between narcotics and money laundered by drug traffickers and terrorists. If one draws an analogy between the terrorism map of the world and that of drug trafficking, it will dawn on them that they overlap, because drug trafficking is a major source of funding terrorist activities.”

He concluded, “Over the past five years, the geography of terrorism has spread to the heart of Europe and the world must be alert to the major threat of terrorism and drug trafficking.”