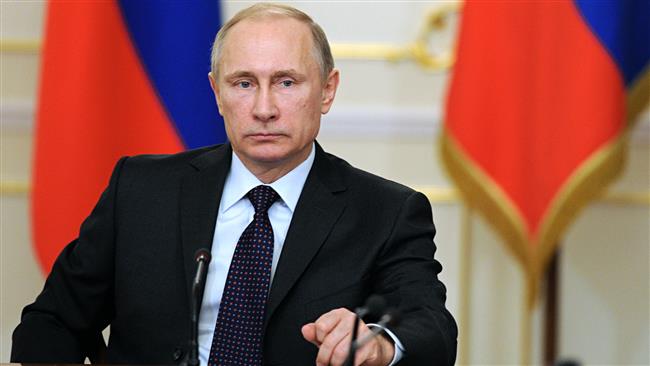 President Putin will likely hold talks with senior Iranian officials during his day-long visit to Iran.

President Putin will set off for Tehran on November 23 to attend a meeting of the Gas Exporting Countries Forum (GECF), the Kremlin’s top foreign policy aide Yury Ushakov told journalists on Friday.

He added that the Russian president – who last visited Iran in 2007 – will likely hold talks with senior Iranian officials.

“It is entirely logical that some bilateral contacts are envisioned, including with the hosts,” Ushakov said.

He, however, added that the schedule of President Putin’s meetings has not been finalized yet.

Also on Friday President Putin held a telephone conversation with President Rouhani and discussed Tehran-Moscow relations. The two presidents agreed to continue dialogue during Putin’s visit to Tehran for the GECF meeting.

Iran and Russia seek to step up economic cooperation after Tehran and P5+1 reached a nuclear agreement in Vienna on July 14.

Moscow is also keen to use its long-standing relations with Tehran to win lucrative contracts in the energy sector.

The GECF has 18 main and observer members and its permanent secretariat is located in Doha.