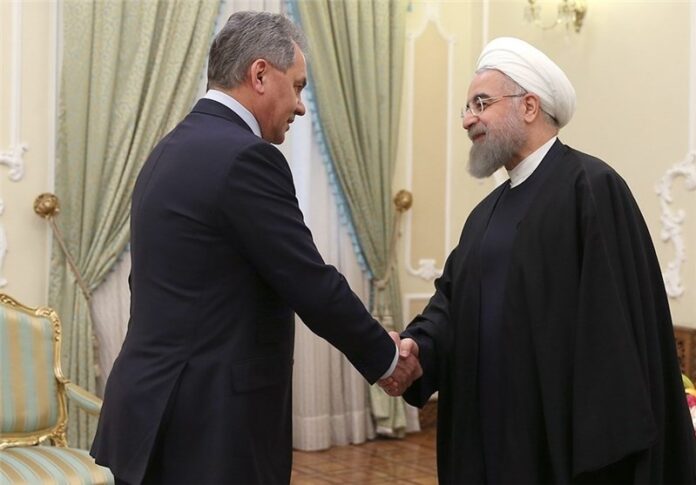 Russian Defense Chief Sergei Shoigu, who is in Tehran for an official visit, on Sunday communicated a special message from President Vladimir Putin to Iranian President Hassan Rouhani.

At a meeting held in Tehran, Shoigu briefed President Rouhani on the latest developments concerning regional stability and ongoing talks on the cessation of hostilities in Syria.

President Rouhani, for his part, elaborated on Tehran’s stance on the situation in Syria and potential solution to the conflict in the Arab country.

He further underlined that the crisis in Syria can only be resolved through political negotiation and respect for the rights of the country’s government and people, who are the main side to decide the country’s future.

The visit by Shoigu comes less than a week after Iranian Defense Minister Brigadier General Hossein Dehqan paid a visit to Moscow.

In Moscow, Dehqan had discussed mutual relations as well as regional and international developments with President Putin and also Shoigu.