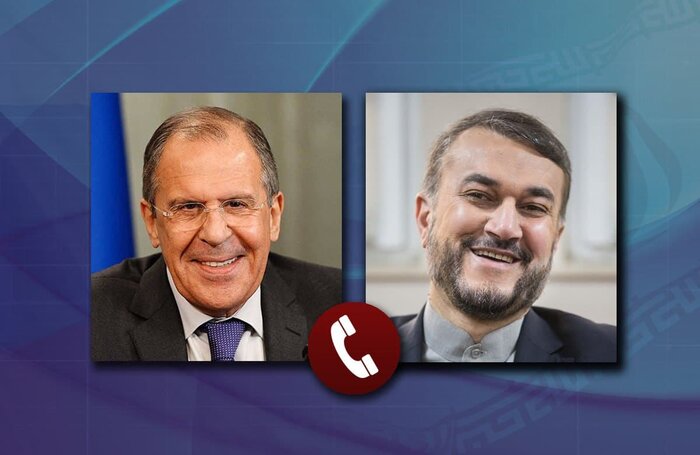 Russian Foreign Minister Sergei Lavrov says Moscow has always stressed that all anti-Iran sanctions which are illegal and contrary to the Joint Comprehensive Plan of Action and UN Security Council Resolution 2231 must be removed.

In a phone call with Iranian Foreign Minister Hossein Amir Abdollahian on Monday, Lavrov called the constructiveness and diplomatic creativity of the parties, along with patience for further coordination, the key to the success of the ongoing negotiations in the Austrian capital, Vi.

He added that Moscow has always tried to bring the Americans in line with all the rules of the JCPOA and UN Security Council resolution 2231.

The Iranian minister of foreign affairs also called for the West to be as serious as possible, urging the involved parties to come up with initiatives in the negotiations.

Iran and the P4+1 countries namely Russia, China, Britain, France and Germany are engaged in their seventh round of talks this year aimed at finding ways to remove anti-Iran sanctions and allow the United States to return to the agreement.