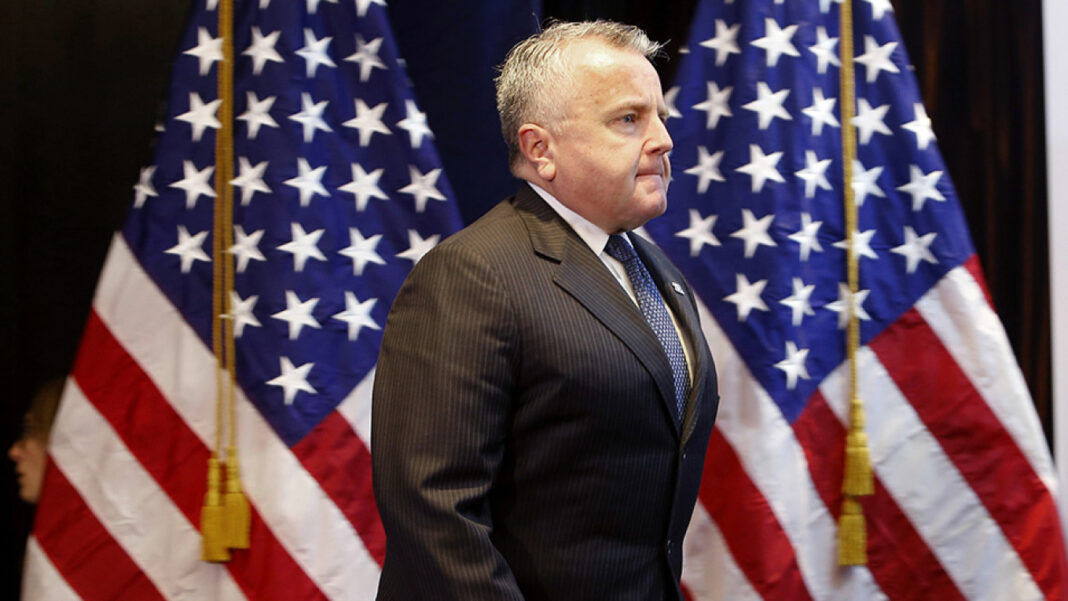 The Russian Foreign Ministry announced Friday it had summoned US Ambassador to Moscow John Sullivan over Washington meddling in the upcoming Russian parliamentary elections.

The ambassador declined to provide any comments to reporters. He stayed in the foreign ministry for about 20 minutes and then left.

A diplomatic source later disclosed that Sullivan was summoned over American interference in the elections.

At the same time, the US embassy stated that the envoy visited the ministry to meet Deputy Foreign Minister Sergei Ryabkov and discuss President Joe Biden’s approach to stabilizing relations between Moscow and Washington.

Russian Foreign Ministry Spokeswoman Maria Zakharova also added that the reason was the US meddling.

“I read three versions of the summoning of the US ambassador to the Russian Foreign Ministry. After all, the foreign ministry summoned him, and the foreign ministry knows the real reason for that. There is only one reason — interference in the Russian elections. We hope that this will be reported by US diplomats to Washington. And not the way it is written in the press release from the US embassy, completely out of touch with reality,” Zakharova noted.

Previously, Moscow suggested that Russia and the US may develop several legally and politically binding documents on strategic stability, as the two countries have sought to reach an agreement on the issue since the Geneva summit in June.

The summit was held to resolve pressing issues between the sides despite tense Russia-US ties.

President Vladimir Putin and his American counterpart issued a joint statement stressing that both nations plan to launch a comprehensive bilateral dialogue on strategic stability and begin consultations on cybersecurity and arms control.

There is no doubt about attempts to interfere in the elections in Russia, but there is a system that hedges these attempts, Kremlin Spokesman Dmitry Peskov said.

“For us, there is no doubt that they will try to interfere in the elections. Thank God, the system is well-tuned in terms of a system that hedges these risks,” Peskov told reporters.

“There are indeed risks, we must be clearly aware of this,” he added.