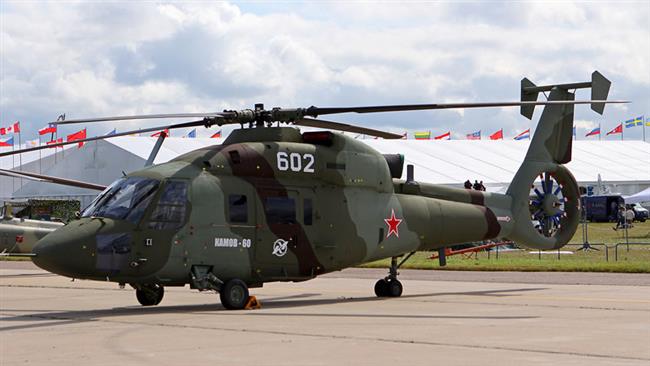 Russia hopes to sell Iran military helicopters in the wake of the lifting of economic and financial sanctions against the Islamic Republic.

“The lifting of sanctions gives an opportunity to provide the Iranian side new helicopters,” the TASS news agency quoted the Russian Helicopters company as saying on Monday.

The Moscow-based company had initially announced in December the possible delivery of several Russian-made military helicopters to Iran following the removal of anti-Iran sanctions.

On Saturday, Iranian Foreign Minister Mohammad Javad Zarif and European Union foreign policy chief Federica Mogherini announced that sanctions imposed on Tehran have been lifted as the nuclear agreement between the country and world powers came into force after the International Atomic Energy Agency confirmed that Iran had met its commitments under the historic deal.

Iran and the P5+1 countries — the United States, Britain, Russia, China, France and Germany — finalized the nuclear agreement, dubbed the Joint Comprehensive Plan of Action, in Vienna on July 14, 2015.