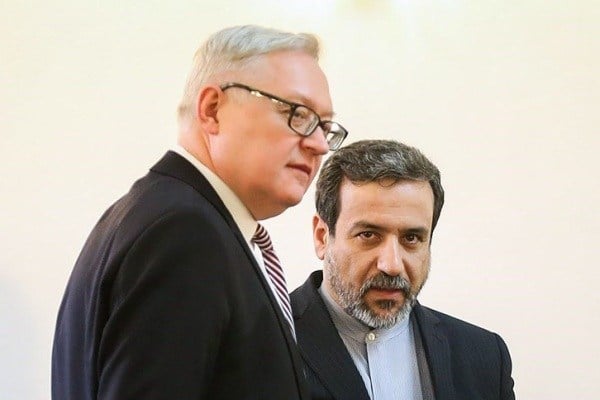 Russian Deputy Foreign Minister Sergei Ryabkov has harshly criticized the US for ignoring the basic principles of international law as regards the Iran nuclear deal.

In a Wednesday meeting with Iranian Deputy Foreign Minister for Political Affairs Abbas Araqchi in Tehran, Ryabkov described Tehran-Moscow consultations as significant, and hailed Iran’s responsible approach in living up to its commitments under the Joint Comprehensive Plan of Action.

He underscored that no country should undermine the recognized principles of international law and diplomacy through unilateral interpretations and demands.

Araqchi, for his part, elaborated on Iran’s stances on regional and international developments and stressed the importance of continued consultations between the two sides. He also expounded on Tehran’s stand on the JCPOA, and rejected US rulers’ destructive and irresponsible move to disregard Washington’s multilateral and international obligations.

He also emphasized the Islamic Republic of Iran’s determination to safeguard its legitimate rights.

The meeting was held as part of regular consultations between Tehran and Moscow on the JCPOA and other issues of mutual interest.