Rouhani’s Rivals Congratulate Him on Re-Election 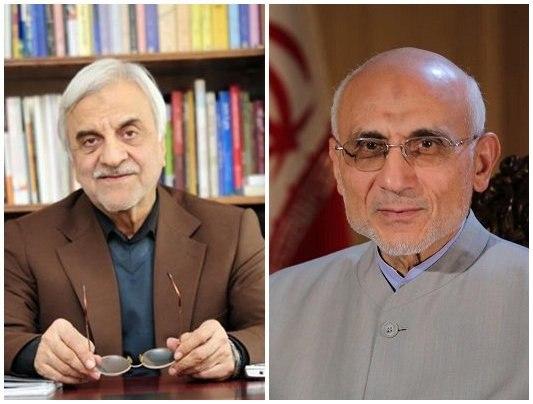 In a message on Saturday, Hashemitaba said he is grateful to “the great nation of Iran”, the Guardian Council, the Interior Ministry and the Islamic Republic of Iran Broadcasting (IRIB) and others who contributed to the successful organization of the election on Friday.

“Once again, the brave Iranian nation showed their maturity and (ability to) recognize what is best for them through electing Dr. Hassan Rouhani as president,” the candidate said.

He further offered his congratulations to Rouhani and wished him continued success in serving the Iranian nation.

Mirsalim also in a Saturday message praised the Iranian people for bringing glory to the country with the huge turnout in the Friday’s election, and expressed gratitude to the voters who cast their ballots in his favour, Tasnim reported.

He also congratulated the president-elect for his success to win trust of the absolute majority of the voters.

Mirsalim further expressed the hope that the next president would enhance national unity in his term, be able to make up for the lost opportunities, and counter corruption.

The final election results declared earlier on Saturday showed that 57 percent of votes counted from Friday’s presidential voting have gone to Rouhani, securing his second term in office.