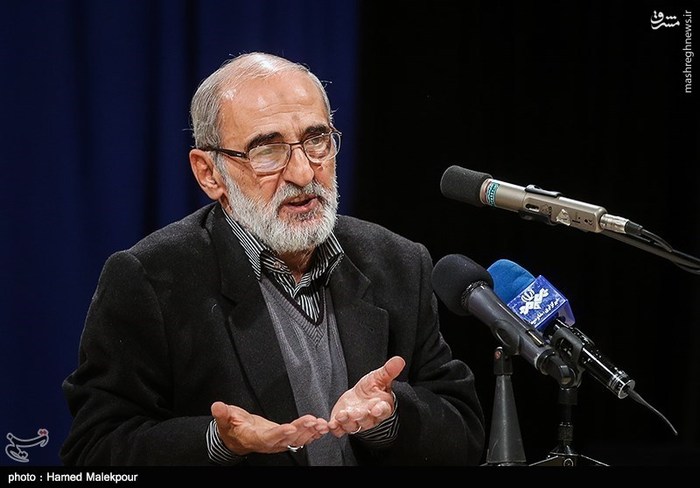 The extreme happiness of a number of Iranian statesmen over receiving only one Airbus plane is both surprising and ridiculous, said a senior Iranian conservative journalist.

The Airbus A321 arrived in Mehrabad Airport in Tehran in a ceremony attended by Transport Minister Mahmoud Akhoundi.

The government seems to be very proud of receiving the airplane; however, this has been harshly criticized by conservative media.

Hossein Shariatmadari, the Editor-in-Chief of leading conservative newspaper Kayhan, said in a Farsi interview with Fars News Agency that such extreme happiness shown by some Iranian officials over receiving only one airplane is unbelievable, and thus it can be assumed that the overexcitement is fake.

Shariatmadari expressed the hope that the excessive thrill is not aimed at deceiving public opinion and hiding the fact that Iran has returned empty-handed from the nuclear negotiations and the Joint Comprehensive Plan of Action (JCPOA) has had almost no achievements for the country.

Referring to the celebration held at Tehran’s Mehrabad Airport for the arrival of the first Airbus plane (A321), Shariatmadari noted that the government’s delight does not look natural “because they know very well that the delivered plane is nothing compared to the concessions we have granted to the adversary to reach the nuclear accord.”

He said as stipulated in the JCPOA, selling aircraft and spare parts to Iran constitutes only a minor portion of the commitments the opposing side has promised to fulfil, adding, “This is while, the other side had, up to now, even refrained from honouring such a pledge which fails to match its other obligations in importance.”

Admitting that the addition of the plane to Iran’s aviation fleet can be counted among the concessions won by the government, Shariatmadari noted that, however, the price paid for it is too high.

“You can generate heat by burning both firewood and expensive furniture and carpets. Nevertheless, no wise person would go for the latter, let alone publicising his/her stunning success later.”

He also referred to the colourful headlines of a number of so-called reformist and pro-government newspapers, which admired the delivery of the Airbus aircraft as a great achievement of the JCPOA, and stressed that they were doing what they had been ordered to do.