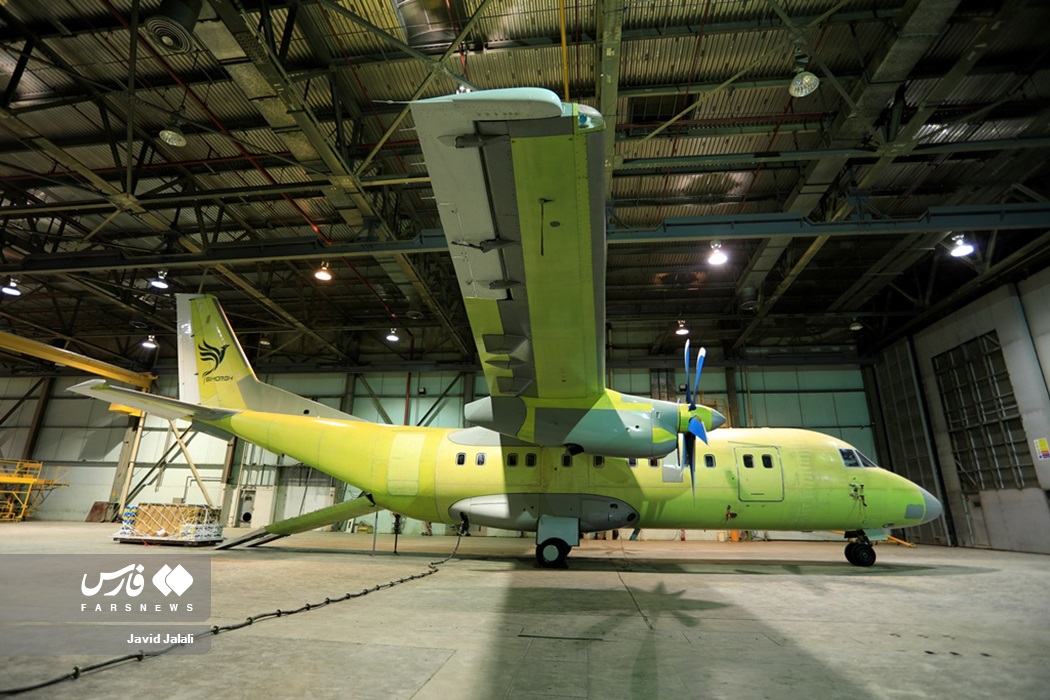 During the unveiling ceremony, General Ashtiani said the manufacturing of this strategic aircraft was necessary due to the climate condition of Iran.

He added that the plane can be used for both civilian and military purposes.

Ashtiani also referred to the manufacturing of the Simorgh plane by the defense ministry of the Islamic Republic of Iran, saying the ministry has a key mission in boosting the country’s deterrence.

The Iranian defense chief also noted that meeting the needs of the armed forces in various areas including ground and air wars and also electronic warfare will help achieve victory in asymmetrical battles.

He said in recent years all ground and flight tests as well as the testing of the propulsion system of Simorgh airplane have been carried out by the aviation industry experts of the defense ministry.

He added that although Simorgh is similar to its peers in terms of platform, the avionics and propulsion systems, the new parts and the maneuverability of this plane are better than other aircraft.

Ashtiani said Simorgh strengthens the national interests of Iran in every respect, adding that the design of the plane is in line with the economy of resistance and helps save currency considerably and lower costs