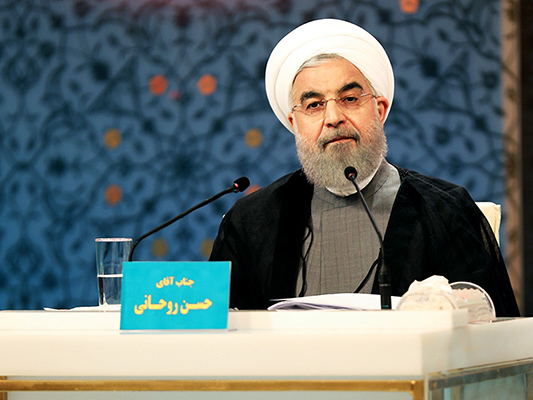 Iranian presidential candidate Hassan Rouhani says he will try to have all anti-Iran sanctions removed if re-elected in the upcoming presidential election.

“After removal of nuclear sanctions, I am prepared to have other anti-Iran sanctions removed in the coming four years,” Rouhani said during the third and final live presidential debate on Friday night.

He referred to his success in removing the nuclear-related sanctions, and stressed that he will restore dignity to the Iranian nation and secure their national interests by working for removal of non-nuclear sanctions.

Removing the nuclear sanctions was among Rouhani’s campaign promises in 2013, and according to his administration, all nuclear-related sanctions, except for certain restrictions in banking, have been lifted following the nuclear deal between Tehran and world powers.

However, the removal of non-nuclear sanctions, which have been mainly imposed based on human rights allegations, seems to be a tough issue.

What makes it even more difficult for Rouhani is that the majority of non-nuclear sanctions are imposed by the US and its Congress, and Iran’s Leader Ayatollah Seyyed Ali Khamenei has clearly banned any non-nuclear talks with Washington.