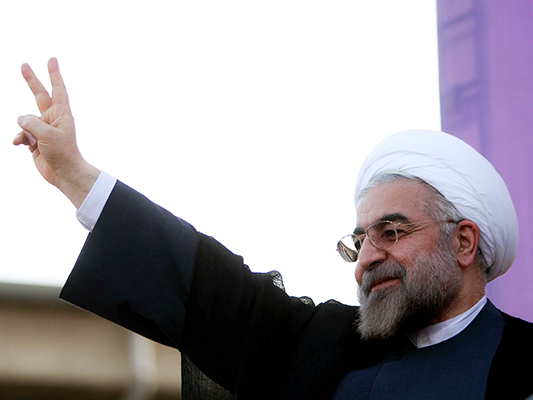 Iranian presidential candidate and the incumbent president Hassan Rouhani won the majority of votes in the presidential elections held on Friday, defeating his conservative rival Ebrahim Raisi by a significant margin.

Iran’s state TV on Saturday congratulated Rouhani on his re-election as Iran’s president after the Elections Headquarters declared that he has secured 22,796,468 votes out of more than 38 million votes counted so far.

This means Rouhani has won the election by a wide margin, as his main rival Raisi has received 15,452,194 votes so far.

The final results will are scheduled to be declared in two hours, according to the Interior Ministry.

Earlier on Saturday, Deputy Chief of Staff of Rouhani’s office Hamid Aboutalebi had suggested in a post in his Twitter account that Rouhani has won the second term by securing 62% of the 42 million votes.