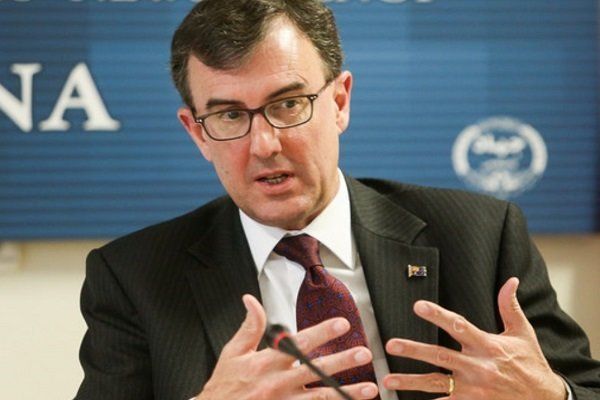 The Australian ambassador to Iran has described the restoration of US sanctions on Tehran as “real challenge” to the Iranian people, saying the prospects that sanctions could negatively affect Iranian patients and women and children were “deeply concerning”.

“These are real challenge to the people of Iran,” Ian Biggs told IFP News in an exclusive interview on the sidelines of an international seminar on effects of conflict on women, children and environment on Tuesday.

“These are deeply concerning prospects,” he said, when asked about his view on the US sanctions targeting Iranian population, including women and children.

Humanitarian supplies are formally exempted from sanctions, but experts believe the sanctions are so severe that they will deter any kind of trade with Iran.

However, the senior Australian diplomat said all needed to wait to see what sanctions will lead to.

“I cannot say anything final at this stage, because we still don’t quite understand what they [US] want to achieve,” he said.

“We will have to see what they mean in practice for all those who are living here and trying to promote international engagement with Iran. But it’s a real challenge to the people,” he said.

Australia to Work with Iran
Biggs suggested that Australian diplomats in Tehran will do their best to promote cooperation with Iran.

“This is a very difficult time. We will be doing what we can, because the efforts of the international community have been to work with Iran,” he said.

Biggs said the Australian diplomats have in the past 50 years been working “ to make sure that prosperity, development, safety [and all] those fundamental human rights are observed in this country”.

On Monday, the US listed more than 700 Iranian banks, firms and persons under sanctions in the latest phase of a pressure campaign.

The US administration has called it the biggest sanctions the country had ever imposed against Iran.

This is while other signatories to the nuclear deal and a big number of other countries oppose the unilateral US move.

The EU is trying to create financing mechanisms to insulate European companies from US sanctions.

The US has vowed to pursue any firm seeking to bypass the sanctions.