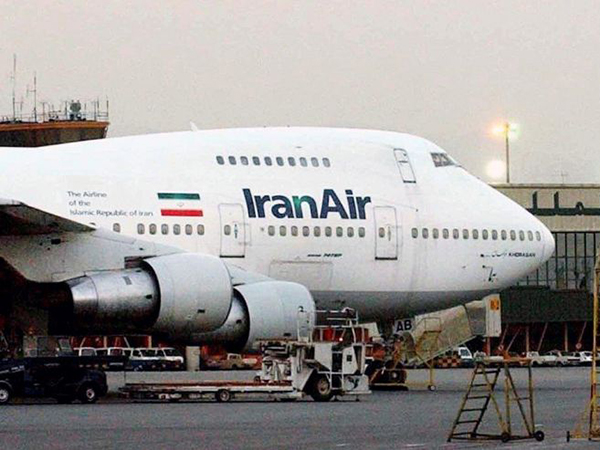 Republican members of the US Congress are vowing to fight a $16.6 billion deal between Boeing and Iran after the air giant announced Sunday it had agreed to sell 80 aircraft to Iran Air.

According to a report by IFP, GOP lawmakers had criticized the Chicago-based company when the deal was still being worked out in June. Reps. Peter Roskam, R-Ill., and Jeb Hensarling, R-Texas, fired off a letter to Boeing CEO Dennis Muilenburg at the time warning the deal could weaponise the Islamic Republic.

In their letter, they claimed that the Islamic Revolution Guards Corps (IRGC) “systematically uses commercial aircraft to transport troops, weapons, military-related parts, rockets and missiles to hostile actors around the world.”

They also claimed that such customers “have American blood on their hands.”

In the wake of Sunday’s announcement, the lawmakers showed no sign of budging, with a senior aide to Roskam telling FoxNews.com he intends to “aggressively fight” the deal in the next Congress, and expressing hope that the political winds would shift in their favour once President-elect Donald Trump takes office.

“The incoming appointees at Treasury and State will no longer report to a White House willing to bend over backward and ignore national security concerns to keep Iran from walking away from the nuclear deal,” the aide said.

Hensarling, meanwhile, called the deal “disappointing to say the least” and placed blame at the feet of President Obama.

“The President wants us to sell planes not just to this dangerous regime, but to an airline that his own Treasury Department sanctioned in 2011. President Obama even wants US banks to draw on American citizens’ deposits to finance Iran, a regime that Treasury calls ‘a jurisdiction of primary money laundering concern,’” Hensarling claimed.

“If a US financial institution attempts to bankroll Iran in the waning days of the Obama administration, it will have to answer to Congress,” he warned, as reported by Fox News.

The House already has passed measures opposing the sale, including a bill in November prohibiting the Treasury Department from financing aircraft sales to Iran. That bill has not yet gone to the Senate for consideration, and would almost certainly be vetoed by President Obama if it passed.

However, it is not clear what President-elect Trump would do with such legislation, and he has not yet commented on the Iran Air deal. While Trump has been a critic of the Iran nuclear agreement, he also has been an advocate for American manufacturing jobs, reaching out to both Ford and Carrier among other companies in an effort to keep jobs in the country.

In its announcement, Boeing framed the deal as one that would support American jobs, possibly as a way to sway the president-elect on the issue and stave off congressional dissent.

“Today’s agreement will support tens of thousands of US jobs directly associated with production and delivery of the 777-300ERs and nearly 100,000 US jobs in the US aerospace value stream for the full course of deliveries,” the company said, before noting it currently supports more than 1.5 million American jobs.

Other lawmakers backed the deal on the basis it woDonald Trumpuld create jobs for American workers.

“This deal is good news for Washington state and will help support the thousands of good-paying jobs in my district that rely on trade and Boeing’s ability to compete in the global marketplace.” Rep. Rick Larsen, D-Wash., said in a statement.

Trump put Boeing on its toes earlier this month when he tweeted that he wants to cancel an order with the company for a new Air Force One, saying the costs are “out of control.”

The latest Boeing deal was made possible after trade sanctions on Iran were removed in January as part of the nuclear accord. The first planes are set to be delivered to Iran in 2018.