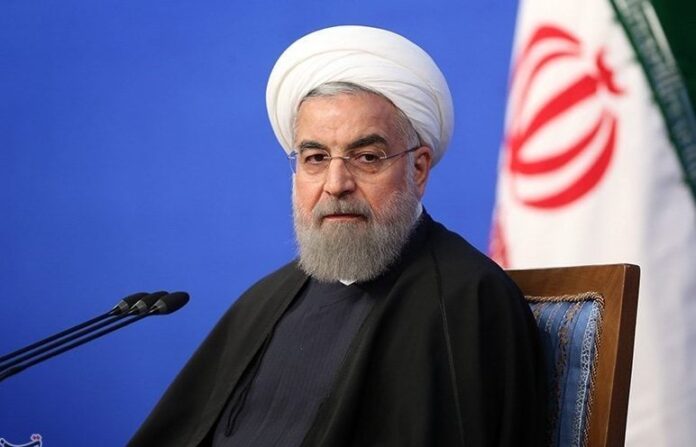 Iranian President Hassan Rouhani has lashed out at the US policies in the Middle East and West Asia saying that peace will not be restored to the region unless the US leaves the region.

Addressing a ceremony on Wednesday, Rouhani blamed the wrong policies of the US for most of the regional problems and said the US thinks that the region should be under its control and the White House should decide for the Middle East.

In a direct address to Washington, Rouhani said “you ask for money to remain in Syria and threaten to leave the country if there is no further money. You boast of protecting Iraq but Iraq is protected by Iraqi nation not you,” the Persian-language Iranian Students’ News Agency (ISNA) reported.

He called the US the main source of instability in the region and underlined that the region will become secure only if the US leaves it.

“You have provided Saudi Arabia with warplanes and sophisticated weapons to establish security in the region but what we see today is that the region is now far from security,” he added.

The president further criticised Washington for its violations of the Iran nuclear deal. He said the US has failed to live up to its commitments under the landmark agreement, and thus does not have the right to talk about its future.

Rouhani also mocked his US counterpart Donald Trump for calling the deal ‘flawed’, saying the US should have not signed the accord if it was terribly bad.

He noted that the deal proved that Washington’s claims about Tehran’s nuclear program were sheer lies.

“We proved our goodwill under the JCPOA and showed how wrong the Iranophobia propaganda is. You have violated your commitments under the deal in various ways including discouraging people from investing in Iran.”

President Rouhani blamed his American counterpart for not being familiar with politics and the international law and added Trump talks about the Iran deal from a real estate mogul’s point of view.

He underlined that Iran is after constructive cooperation with the world not only in nuclear field but also other areas and said “as we have said repeatedly, a win-win solution is the best way to remove the problems.”