A report by Iranian reformist newspaper Etemad has blamed the country’s Guardian Council for preventing the reformist figures from running for parliamentary seats, saying the candidates affiliated with the reformists have been practically granted compulsory leave for the next term of the Parliament.

In an article published on Saturday, February 22, the Etemad daily hailed the turnout in the Friday’s nationwide parliamentary election, saying the presence of voters at the polling stations indicated that people have not broken with the ballot boxes.

Describing the pendulum of power between different political groups as an indicator of democracy in a society, the article said, “However, one cannot ignore the Guardian Council’s role in depriving the reformists of the opportunity to compete, which made them lose the competition and the election ahead of the voting.”

“In fact, the Guardian Council’s supervision during this round caused the reformists to be practically deprived of prominent figures. Although a few number of the incumbent lawmakers were finally qualified after a process, the chance of competition, particularly in the provincial cities, was slight or basically there was no chance,” it added.

“Thus, although we must accept that a rotation and turn of power is necessary for the balance of power, the Guardian Council’s role in putting the reformists on compulsory leave in this round in undeniable,” the report noted.

The article, however, has praised the people of Iran for participating in the elections in spite of all economic problems and woes or their criticism of the Parliament, the administration and the other decision-making bodies.

“It seems that people now believe in the strategy that turning back on the ballot box and breaking with it would go nowhere. However, one cannot ignore the fact that a forced decrease in the number of reformists in the elections, which resulted in protests from many figures affiliated with that current, has definitely had a significant impact on the number of votes. If the reformists were free to present a list, we would certainly witness a higher turnout, but unfortunately the Guardian Council damaged a democratic phenomenon like the elections with such kind of supervision,” it added.

The article has also proposed the idea that the Guardian Council should learn from the experience of holding 11 rounds of parliamentary elections and should make some revisions to the period of time for the vetting process and examining the qualification of candidates.

“The fact that the qualification of tens of thousands of candidates is examined within a short time span is making the job of the Guardian Council difficult in practice and may also lead to some disruption to that process,” said the article. 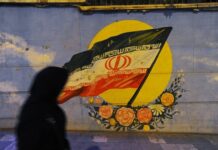 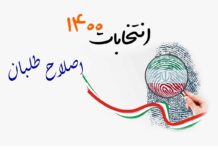