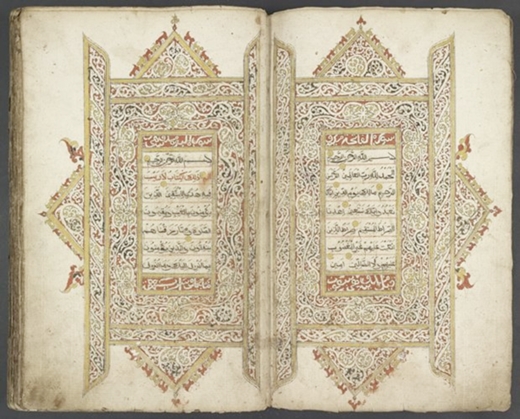 A rare Quran manuscript, styled during Timurid and Safavid eras, will be registered as national heritage item.

Hadi Sharifi, Head of the local Cultural Heritage Organization office in Paveh, a border city of Kermanshah in western Iran, said that the manuscript was regularly visited by people in the village of Zardouyi. “The village mosque now is the home to this national treasure, and the Cultural Heritage Organization is doing preliminaries to have the Quran registered as a national heritage item,” he told reporters.

“According to examinations, the Quran was styled as hand-written in three separate eras: the time of its conception belongs to the Timurid dynasty, the second part is from the Safavid era, and the third part was styled by a Mulla Aziz during the Pahlavi era,” Sharifi explained. “This historical Quran manuscript would be a tourist attraction in a far-flung village like this if it were registered in the National Heritage List.”