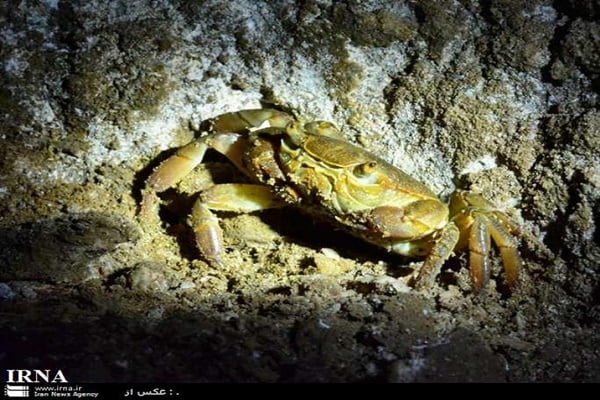 A rare species of freshwater crab has been found at the depths of a qanat – the ancient underground irrigation canals – in the city of Mahan in Kerman province.

Head of the Cultural Heritage, Handcraft and Tourism Department of Mahan, Amin Mahani, said these two freshwater crabs were photographed while documenting the qanats in the city of Mahan.

According to Mahani, this type of crab is inside the qanat and lives at a depth of 60 metres in absolute darkness and has not yet been seen outside its habitat.

The crab had earlier been spotted only in the rivers and wetlands, and this is the first time that the creature is found to be living in the depths of a qanat, he noted, as reported by IRNA.

“There were also two species of fish, worms and spiders inside the water canal, showing a diverse animal life in the depths of the Mahan qanats,” he said, adding that experts and researchers must do more research in this area.

Crabs are the most advanced species of the arthropods, and freshwater crab (Potamidae) is one of them.

Potamidae are awesome creatures, and their main habitat is fresh water. They mostly live in the water and in their shelters.