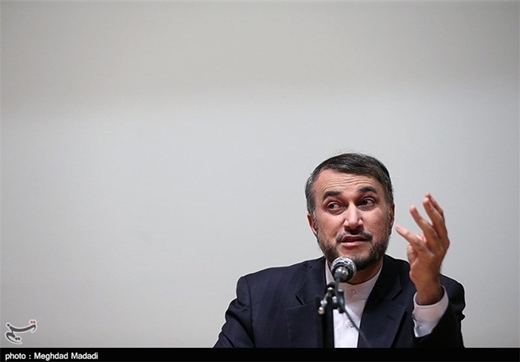 Iranian Foreign Minister Hossein Amir Abdollahian says Tehran is not seeking to waste time during the Vienna talks aimed at removing sanctions against the country.

Amir Abdollahian made the comment in an exclusive interview with the CGTN news channel.

He added that Iran is not after diverting the negotiations either. The foreign minister said if the other side returns to its obligations under the Iran nuclear deal, JCPOA, Tehran will do the same.

Elsewhere in the interview, Amir Abdollahian described China’s stance in the Vienna talks as constructive and logical, saying Tehran appreciates China for its support during the nuclear negotiations.

Amir Abdollahian said during the negotiations, China has always been opposed to harsh US sanctions against Iran. “During the talks, we presented a positive, constructive and realistic proposal in Vienna. China and Russia supported it, but Western countries, including the United States, did not make any positive proposal”, he added.

Amir Abdollahian also spoke of the Iran-China ties. He said during his recent visit to Beijing, the two sides reached an agreement over a range of issues including their strategic partnership pact.

The Iranian foreign minister noted that Iran and China need a roadmap for the long-term implementation of the pact.

Amir Abdollahian stressed, “We believe that there are no challenges in bilateral relations between Tehran and Beijing, although the bullying behavior of the United States has affected some cooperation.”

The Iranian foreign minister also said multilateral relations are beneficial for all countries and that the US unilateralism and bullying will not be accepted by any country.