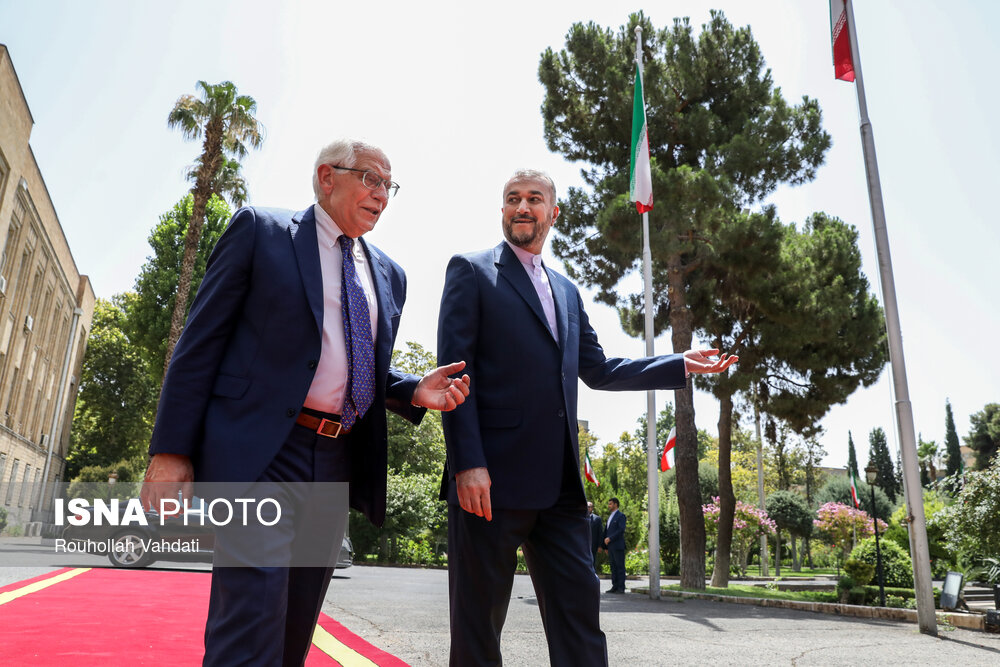 Foreign Minister Hossein Amirabdollahian reaffirms Iran’s determination to reach a “strong” agreement with the P4+1 group of states on reviving the 2015 nuclear accord, saying a final deal is close at hand if the other sides “have the will.”

In a tweet on Saturday, the chief diplomat said he held “fruitful” talks with the European Union’s foreign policy chief, Josep Borrell, who visited Tehran as part of diplomatic efforts to facilitate the resumption of stalled negotiations in Vienna, Austria.

He said the two sides discussed bilateral, regional and international issues, including the talks on restoration of the 2015 nuclear deal, which has been in crisis due to the US’s unilateral withdrawal.

“A final deal is within reach, if other parties have the will to do so. Iran is resolute on reaching a good, strong & durable deal,” Amirabdollahian added.

In Tehran, Borrell said his visit was important and was meant to break the stalemate in the Vienna talks.

The top EU diplomat said all sides would resume the negotiations immediately, as decided in Tehran and Washington.

Tehran has made it clear that if the other parties to the negotiations return to their commitments under the nuclear deal, it will follow suit.

The main stumbling block to the talks is said to be Washington’s refusal to effectively remove all the sanctions it imposed on Iran after leaving the deal.

Tehran also seeks guarantees that the US will not violate the nuclear agreement again.

Talks between Iran and the P 4+1 group of countries, namely Russia, China, Britain, US and Germany have stalled for a few months.