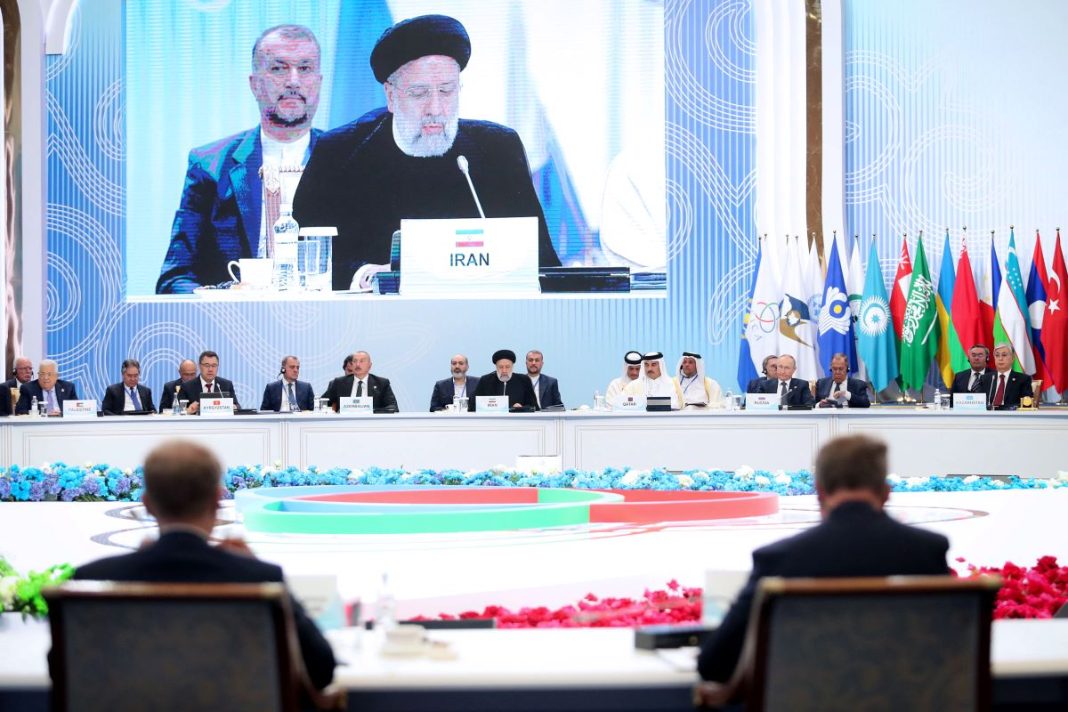 Iranian President Ebrahim Raisi has highlighted the role of regional mechanisms, saying today’s world needs them more effective than before.

Addressing the 6th summit of the Conference on Interaction and Confidence Building Measures in Asia (CICA) that kicked off on Thursday in the Kazakh capital Astana, President Raisi said the inter-governmental forum can use the existing methods to expand peace and security based on diplomacy and interaction.

The president also said, “The United States and the Zionist regime have caused insecurity, violence, terrorism, war and anxiety in the region through aggression, occupation, apartheid, rape and killing of children and civilians in Palestine, Syria, Iraq, Yemen and Afghanistan.”

He added, “Today, there is no way other than ending the occupation and surrendering to people’s vote.”

President Raisi encouraged Afghans to overcome the vicious cycle of insecurity and instability through political dialogue and form an inclusive government with the participation of all ethnic and religious groups in the country.

On Syria, he noted that the defeat of foreign-backed terrorists and the end of their rule in the country pushed them to the eastern parts of the war-torn country, which poses a threat to the security of many regions, including Central Asia.

He also drew a parallel between expansion of NATO, under any guise, with the expansion of terrorism in any other region, saying both developments threaten the stability and security of the region.

He said, “The Islamic Republic of Iran condemns and confronts terrorism in any form, including economic terrorism that seeks to stop the economic growth and development of independent countries.”

The Astana event is aimed at strengthening integrated cooperation on safeguarding peace, security and stability in Asia.

It is currently comprised of 27 main members as well as eight countries and five regional and international organizations that have observer status.