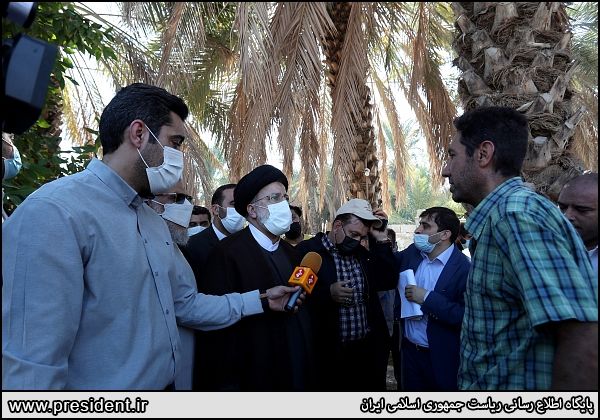 Visiting flood-hit areas of Iran’s southeastern Kerman Province, President Ebrahim Raisi has joined an emergency meeting with local officials and military commanders on ways to facilitate the delivery of humanitarian aid to people.

Raisi on Friday traveled to the city of Jiroft, which has been hardly hit by heavy flooding caused by torrential downpours in recent days following months of drought.

Upon arrival, the president paid a visit to the regions worst hit by the natural disaster in the southern parts of the province. He then attended an emergency meeting with Kerman’s Governor Ali Zeinivand and local commanders of the police force and the Islamic Revolution Guards Corps (IRGC).

During the meeting, the governor briefed Raisi on the large scale of the damage inflicted on the region, assuring the president the relief operations quickly began across the affected regions.

Relief and rescue operations are underway on the ground and from the air, he said.

Fortunately, the official added, the flooding caused no significant casualties.

Over the past week, heavy rain and snowfalls have caused flooding in many parts of Iran.

The southern half of the country, especially the provinces of Sistan and Baluchistan, Kerman, Fars and Hormozgan, are the worst hit by the downpours, with many villages and towns in the affected areas surrounded by water.