Raisi: US leaving Iraq due to resistance of Iraqi people 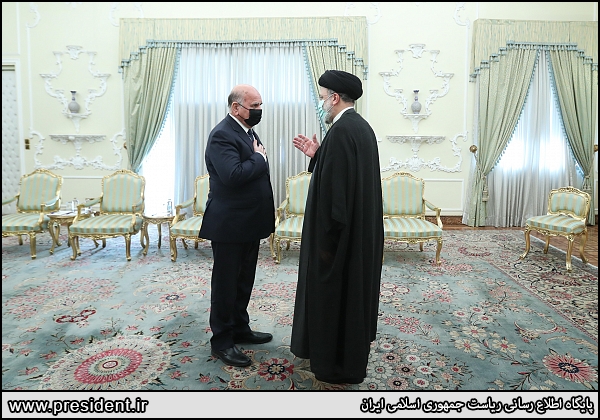 Iran’s President Seyyed Ebrahim Raisi says the withdrawal of US forces from Iraq is due to resistance by the Iraqi people and government.

President Raisi made the comment in a Thursday meeting with the visiting Iraqi Foreign Minister Fuad Hussein.

The president expressed pleasure at the safe parliamentary vote in Iraq, saying protest against elections may happen in any democracy and what matters is that authorities investigate objections to polls in a legal manner.

The Iraqi foreign minister also thanked Iran for its decisive support of stability in Iraq. He said Iraqis have always been appreciative of Iran’s support for their government and stability in their country.

Amir Abdollahian said Iraq has proved historically that it is not a country that can be occupied.

He added that on the second anniversary of the assassination of General Qassem Soleimani and his Iraqi companion Abu Mahid al-Muhandis, he received the good news of the US’s definite withdrawal from Iraq.

The Iranian foreign minister said Tehran is ready to allow Iraqis visa-free visits to Iran and that the top Iraqi diplomat will also pursue the issue in Baghdad.