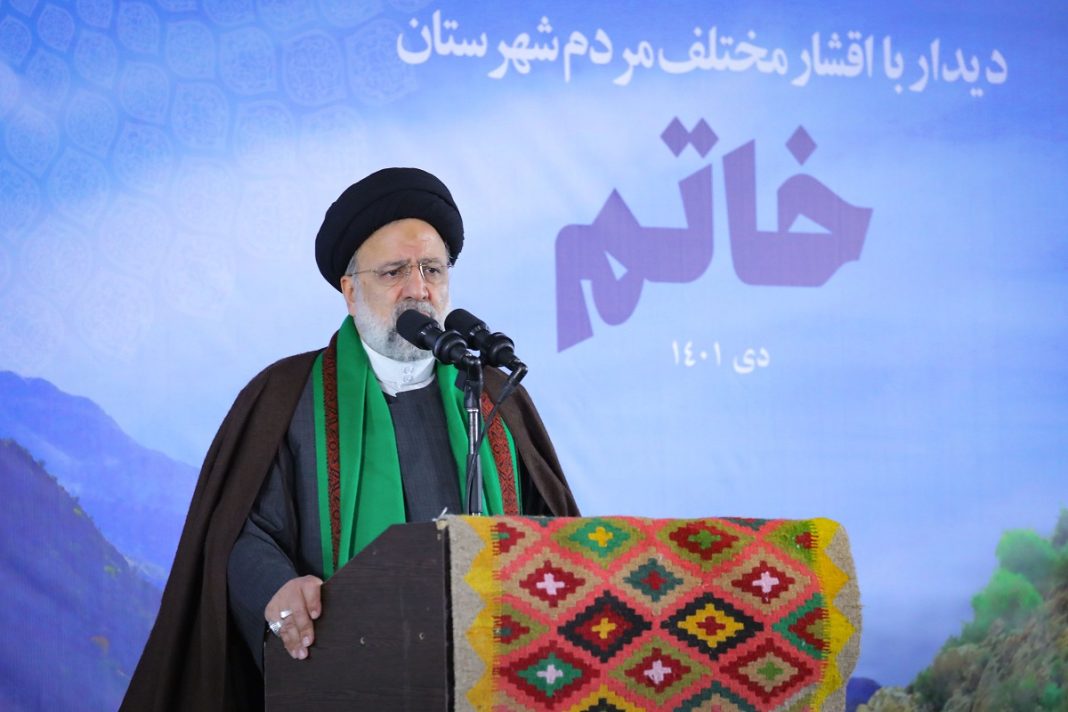 Iranian President Ebrahim Raisi highlights America’s hypocrisy in its claims of defending other nations, saying the United States brought nothing but poverty and misery to any country that they meddled in.

Addressing a group of people during a visit to the central province of Yazd on Friday, Raisi said the Americans and the Westerners never resolved any problem, not even a single one, in any country.

“They have always been seeking to advance their own interests. They make a presence in other countries under the pretext of building them up, but they plunder their resources,” the president said.

In the case of Iran, Raisi said the enemies imagined they could stop the Iranian nation through “maximum pressure,” but they realized that the faithful and resolute people of Iran can never be stopped.

The president hailed the presence of the people alongside authorities in all of the country’s affairs, saying such a turnout frustrates the country’s enemies and those who cannot stand Iran’s development.

He said the enemies have made a “miscalculation” in dealing with the Iranian nation.

“We have made progress in many areas and will continue to do so since we have many assets, mainly human resources, which have always been playing a part in various spheres,” Raisi said.