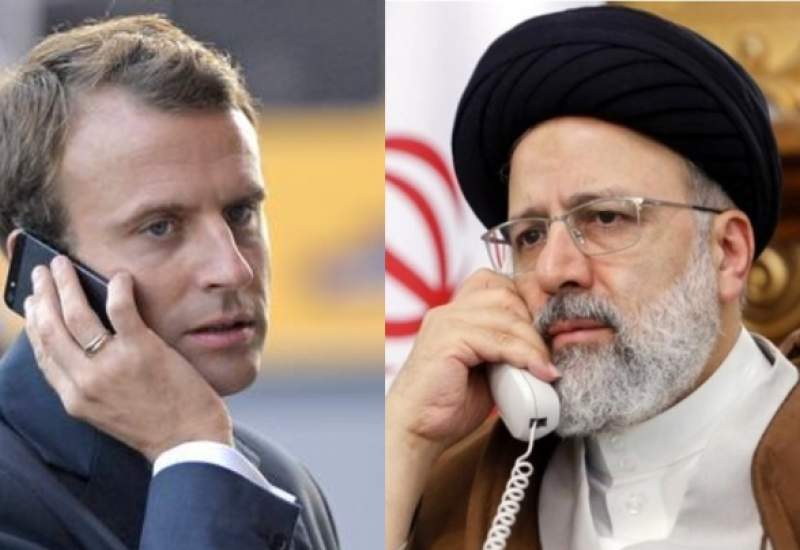 Iranian President Ebrahim Raisi has told his French counterpart Emanuel Macron that any deal with the P4+1 group of countries in Vienna must ensure sanctions removal as well as verification of the lifting of the bans and tangible guarantees that no sides will again violate the 2015 nuclear deal, JCPOA.

Raisi and Macron were speaking over the phone. The Iranian president then referred to the US admission that its so-called maximum pressure campaign against Iran has failed.

He said the Islamic Republic of Iran has proved its determination and seriousness about reaching a deal in the Vienna talks which aim to revive the JCPOA.

The French president for his part said Iran has a right to not trust the US because it was Washington that created this crisis surrounding the nuclear deal in the first place by unilaterally withdrawing from the agreement. Raisi and Macron also spoke over a range of other issues including bilateral ties between Tehran and Paris and regional developments. The presidents of Iran and France explored ways of expanding Franco-Irani relations.

As for regional issues, Raisi stressed that stability and security in West Asia and the Persian Gulf can only be achieved by regional players, and not through foreign interventions.

The Iranian president then called for the international community to pay attention to the Yemen crisis and demanded an end to the Saudi-led blockade of the oppressed Yemeni people.

Macron also condemned the military aggression against the people of Yemen, most notably the recent Saudi-led attacks against the country.

The Iranian and French presidents also held talks over the the situation in Lebanon.