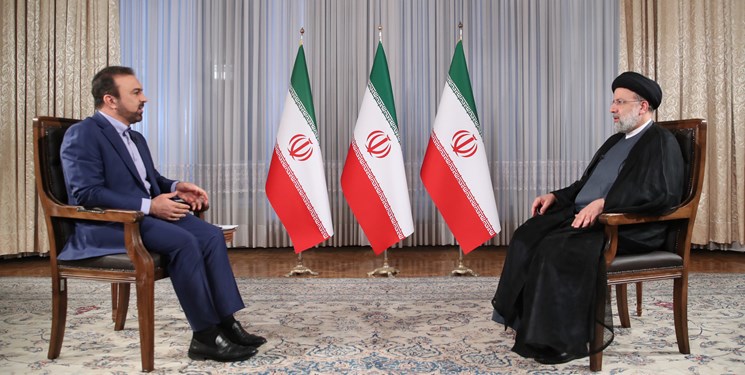 Iran’s President Ebrahim Raisi has said Iran’s ready for talks over reviving the 2015 nuclear deal but it won’t negotiate under pressure.

In his first interview with IRIB as president, Raisi added, he had announced before that negotiation over the nuclear agreement otherwise known as the JCPOA was on his administration’s agenda.

He however noted, Iran wants all sanctions lifted, adding he will not retreat an iota from the rights of the Iranian people.

The Iranian president rejected the idea of talks for the sake of talks and said Tehran wants result-based negotiations to get the sanctions removed and improve people’s livelihoods.

He also spoke of Afghanistan, saying the US oppression inflicted a big wound on Afghanistan.

He cited international organizations as saying 30 thousand Afghan children have been maimed in the US war.

Raisi said Iran has hosted 3 million Afghan refugees whose rights have been infringed by the US-led occupation of their country.

The president reiterated that the way forward in Afghanistan is to form a government elected by Afghans themselves.

He added, “Afghanistan security is our security and our priority is to have relations with neighbors”.

Raisi said he held talks with more than 50 officials from different countries over Afghanistan and the discussions will continue.

Raisi also touched on economic opportunities in Iran and urged Iranians living abroad to invest inside their country.

In other remarks, Raisi said a big percentage of Iran’s production capacity remains intact, “40 percent of factories are not operating due to different reasons, Iran plans to ramp up production and the prospects are very promising.”

Raisi urged manufacturers to increase their production as plans are afoot to begin exports of Iranian goods.