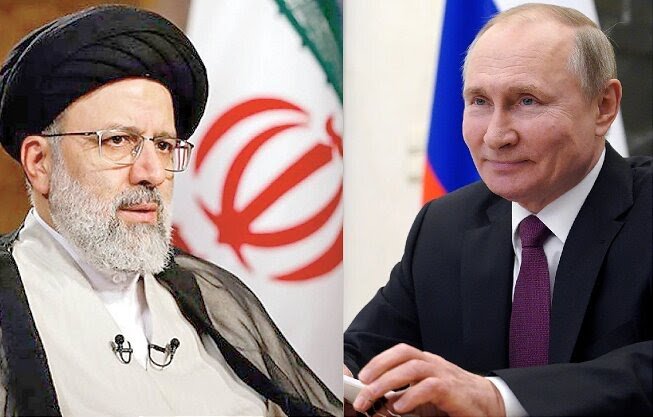 Iran’s President Ebrahim Raisi and his Russian counterpart Vladimir Putin have discussed the latest developments in Afghanistan, and ways to promote security in the country.

In a phone conversation on Wednesday, Raisi also called the development and strengthening of relations with Russia an important priority of the Islamic Republic’s foreign policy stressing that Tehran is determined to increase the volume of bilateral trade with Russia.

The Iranian president said Tehran is determined to promote friendly and comprehensive relations between the two countries in a way that will become a successful model for neighborly relations.

“We have a serious will to finalize the comprehensive document of Iran-Russia cooperation as soon as possible,” added Raisi.
He also thanked Moscow for its initiative to launch the process of Iran’s membership in the Shanghai Cooperation Organization describing it as a step towards strengthening very close ties between the two countries.

Elsewhere in his remarks Raisi noted that the Islamic Republic of Iran, as a party to international treaties such as the NPT, is serious about enforcing the rights of its people in the field of peaceful nuclear activities and enjoying the benefits and achievements of this technology in all peaceful fields.

The president said the United States intends to play the role of plaintiff instead of sitting in the position of the offender through political and media games, and instead of being held accountable for violating its commitments and oppressive and illegal actions, it tries to hold Iran accountable.

Referring to the developments in Afghanistan, Raisi said the establishment of security and peace in Afghanistan has always been emphasized by the Islamic Republic and we believe that all active Afghan groups should work together to establish stability in this country as soon as possible to make the US withdrawal a turning point for lasting peace and stability in Afghanistan.

He also expressed readiness for any cooperation for the establishment of peace and security in Afghanistan, underscoring that the successful experience of Iran-Russia cooperation in the fight against Takfiri terrorism in Syria has opened new windows for the two sides to increase Tehran-Moscow interaction.

For his part, Russian President Vladimir Putin stressed in this telephone conversation that the development of relations with Iran is of great importance for his country.

Putin also referred to the remarks of the Leader of Iran, who said the high level of mutual trust and high economic capacity in the two countries can lead to tangible results in the bilateral arena. The Russian president the statements by the Iranian Leader are well etched in his memory.

President Putin also noted that he was informed of the proposal to conclude a comprehensive agreement on bilateral cooperation and welcomes and supports this positive initiative.

In the end, the two presidents expressed hope that they would meet on the sidelines of the Shanghai Cooperation Organization Summit in Dushanbe, Tajikistan, to discuss more detailed issues of interest.