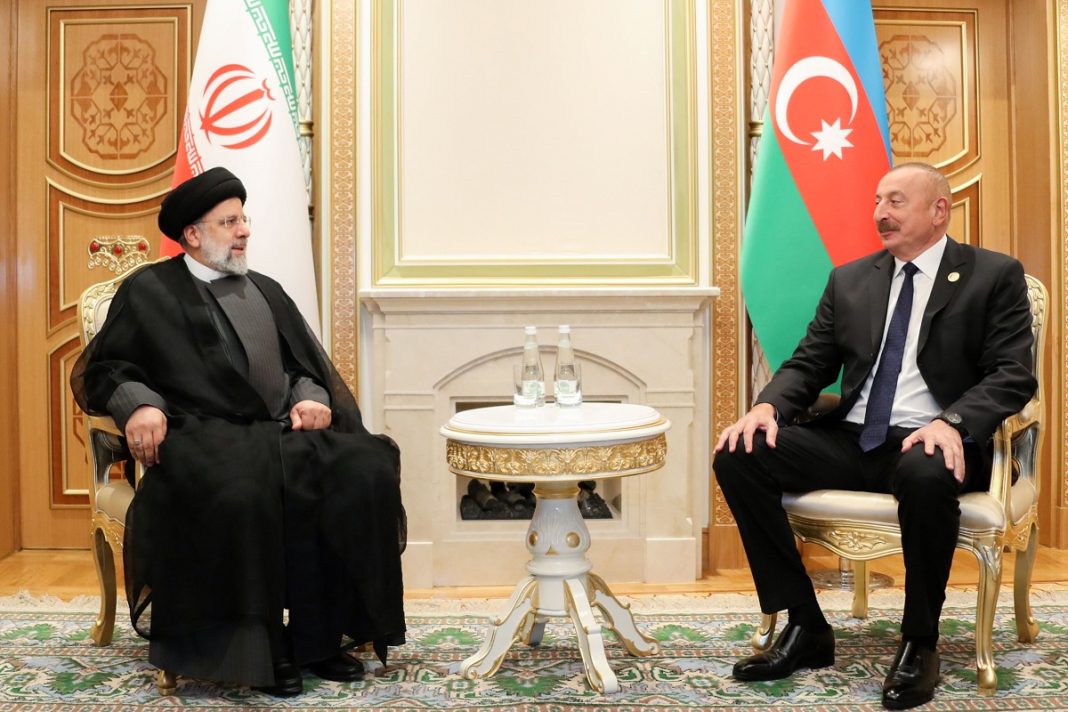 Iranian President Ebrahim Raisi says the presence of Israel in the region sparks tensions and does not help regional security.

“Security in our region will be established solely through cooperation of regional countries and neighbors,” Raisi, who is visiting Turkmenistan for the summit of the Caspian Sea countries, said in a meeting with the president the Azerbaijan Republic.

Raisi added that the presence of the Israeli regime in any given region will undermine its security.

The president also welcomed the talks with other leaders on the sidelines of the Caspian Sea summit as an opportunity to provide the grounds for more understanding in the region.

“Iran’s capabilities in the technical and services spheres and also its geopolitical and logistical capacities including the transportation, provide appropriate grounds for expansion of cooperation between Iran and the Azerbaijan Republic and greater convergence of the Caspian Sea littoral states,” he said.

During the meeting, the Azerbaijani President Elham Aliyev also said the previous meeting with President Raisi on the sidelines of the summit of the Economic Cooperation Organization in Ashgabat has boosted both countries’ push to expand their bilateral ties.

“I hope our meeting, today, will also help strengthen the proces of expansion of bilateral ties and improvement of cooperation between the two countries,” he said.