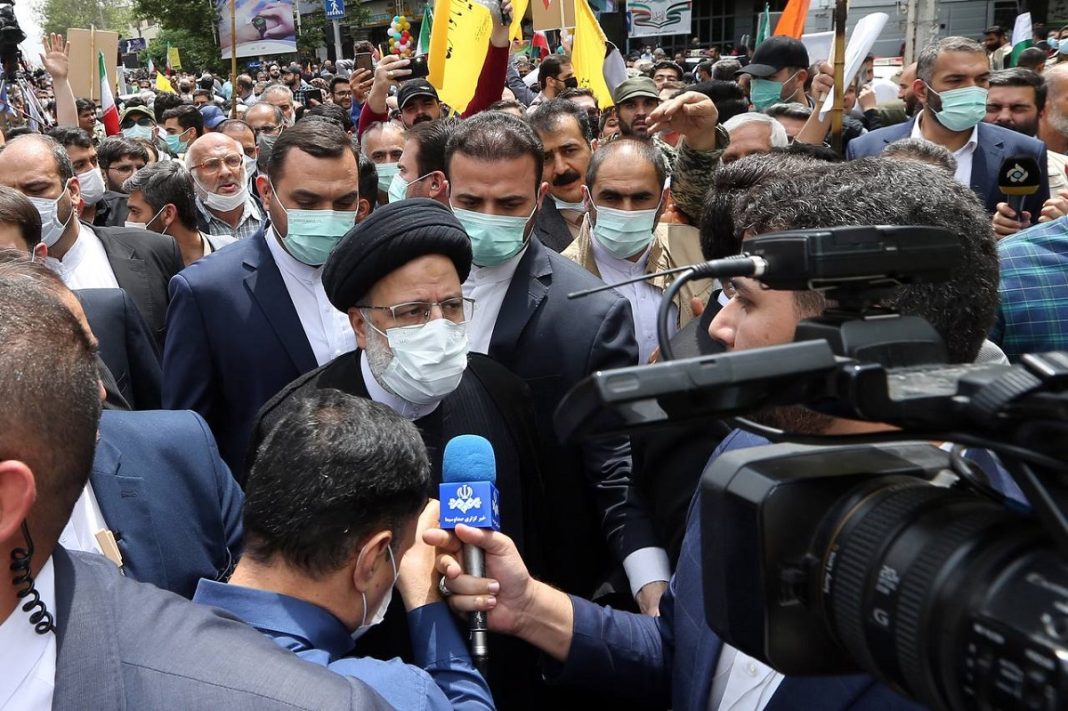 Iranian President Ebrahim Raisi says the “great movement,” which was embodied today in the mass rallies on the International Quds Day, will eventually lead to the annihilation of the occupying Israeli regime.

Speaking to reporters while taking part in the demonstration in Tehran on Friday, Raisi praised the active participation of the youths in the mass rallies.

“The important message of this participation is that it is the Palestinian youths, teenagers, and the resistance front that have taken the initiative in the field of action and are deciding the fate of Palestine’s long-running resistance,” he said.

“The great movement that we are witnessing today in the form of demonstrations is the symbol of solidarity in the Islamic Ummah and will lead to the destruction of the Zionist regime,” he said.

“As promised by God and the dear Prophet of Islam, we consider the liberation of al-Quds to be definitive” the president added.