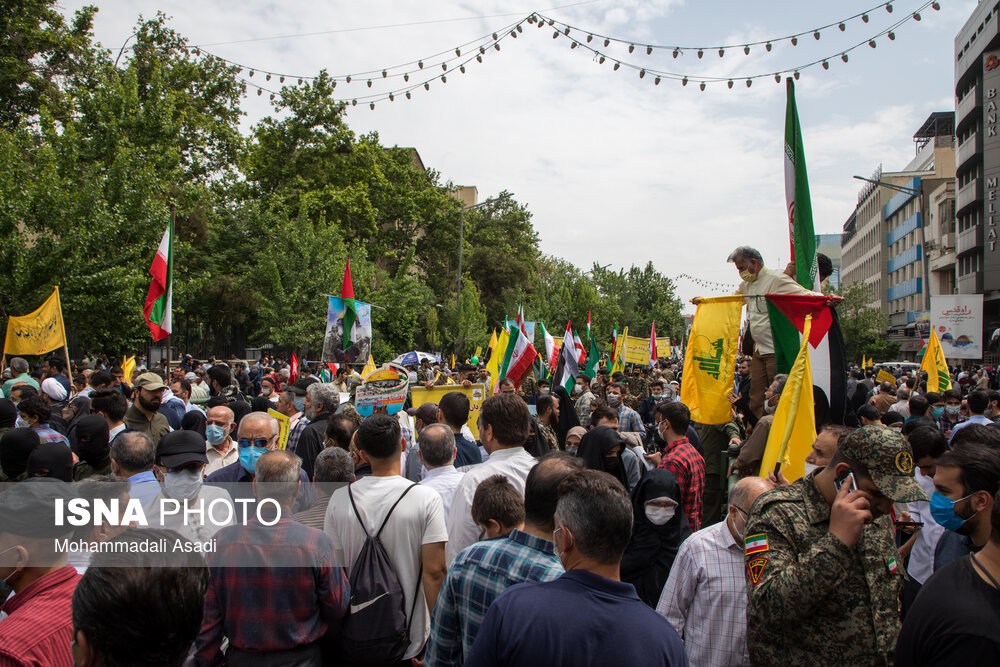 Iranian demonstrators marking the International Quds Day have condemned any “compromise or normalization” with Israel as an “unforgivable betrayal” of the Palestinian cause and a “sinister plot” aimed at undermining the resistance front against the regime’s decades-long occupation.

In a final communiqué issued at the end of the International Quds Day rallies on Friday, the demonstrators described the liberation of al-Quds and the “oppressed, defenseless Palestinian nation from Zionist occupiers” as well as efforts to “bring about the annihilation of the cancerous Israeli tumor” as the “lofty ideal of the Islamic world.”

“We censure any attempt at diverting the attention of Islamic Ummah from the sinister plot” of normalization or compromise with Israel, they said.

The demonstrators said the repeated defeats suffered by the US, Israel, and Whahhabi reactionaries destroyed the myth of the Israeli military’s “invincibility” and were a sign of the decline of the hegemonic system in the Middle East.

The demonstrators also condemned international bodies and the human rights advocacy organizations for their “deafening silence” in the face of Israel’s apartheid, racism, crimes against humanity, and genocide against the Palestinians as well as the regime’s “evil crimes” against the Iranian nation.

They also delivered a separate warning to the enemies of Iran.

The demonstrators called the US administration the “number-one enemy” of Iran and condemned Washington’s hostile withdrawal from the 2015 nuclear deal.

They described a removal of all sanctions and securing guarantees that the US will remain committed to the agreement, in case of its revival, as the sole way to safeguard the Iranian nation’s rights and interests.

They also praised Iran’s deterrent missile power and spiritual influence in the region as the country’s “strategic asset,” warning the enemies that any act of mischief or illusions for weakening the country’s conventional missile activities constitute a “red line” for the Iranian nation.