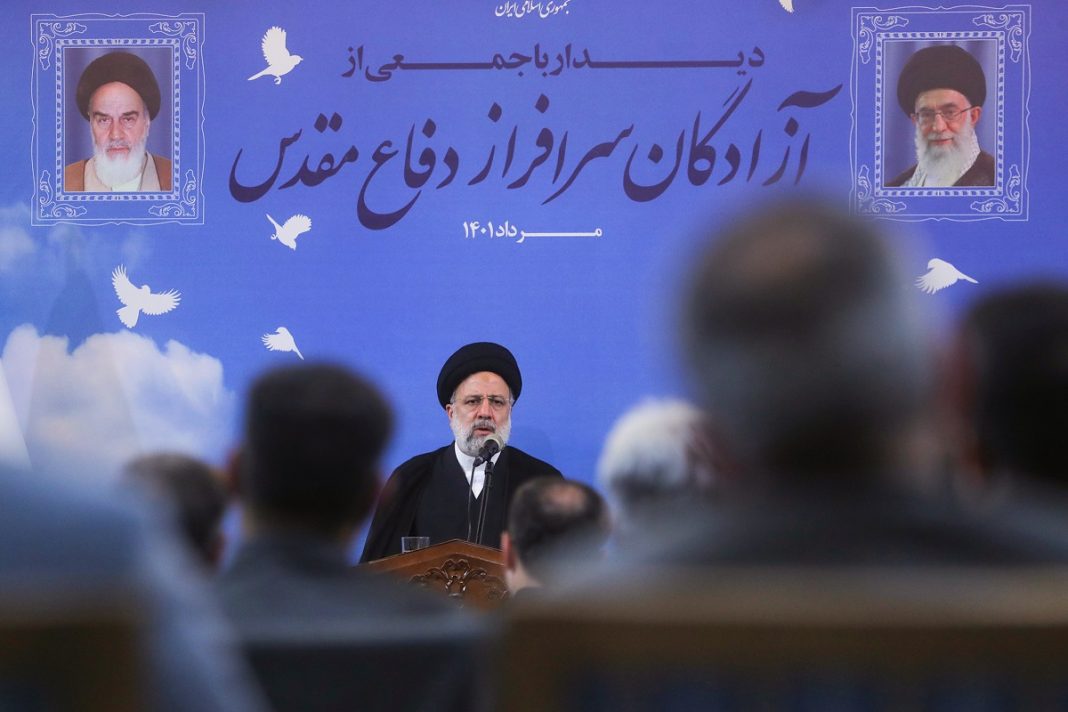 President Ebrahim Raisi pays tribute to ex-Iranian prisoners of war, who had been taken hostage by the army of the ex-Iraqi regime during the 1980s military campaign against the Islamic Republic, praising them as symbols of all the values and lofty ideals of the Islamic Revolution.

President Raisi held a meeting on Thursday evening with a group of war veterans to commemorate the anniversary of the release of the first group war prisoners from Iraq’s captivity and their return to the homeland on August 17, 1990.

Over 39,000 Iranian soldiers were estimated to have been held hostage by the Iraqi army in the course of the war. Iran also captured 70,000 troops from the invading army. The repatriation process began two years after the war ended.

Raisi described the ex-prisoners of war as symbols of resistance, patience, and insight, saying they are “the flags of dignity and grandeur raised in every alley and street of our country.”

The president said, “It was not an easy job to tolerate captivity under the brutal Ba’athist regime [of Iraq],” adding that their sacrifices and resilience in captivity should serve as a lesson for future generations.

The martyrs, the soldiers disabled in the war and the ex-hostages of Iraq are among the major elements of the Islamic Republic’s power, the president added.

Raisi described them as a role model for his administration.