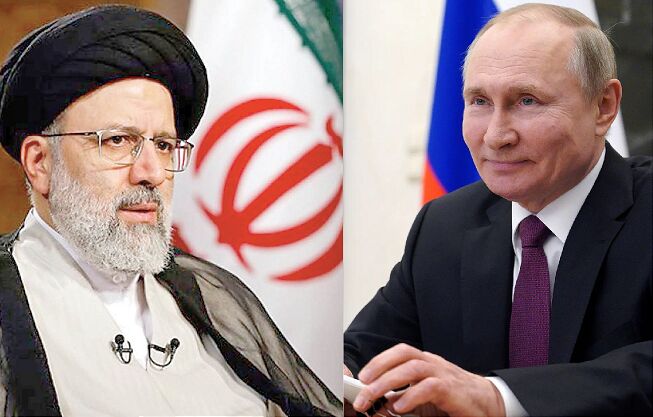 Iranian President Seyyed Ebrahim Raisi, in a phone talk with his Russian counterpart Vladimir Putin, said Tehran is quite serious in the upcoming Vienna talks with the P4+1 group of countries.

President Raisi reiterated Iran is equally serious about the realization of the rights of the Iranian people and removal of all anti-Tehran sanctions.

Iran says in the Vienna talks with Russia, China, Britain, France and Germany will focus on the lifting of the US sanctions and the full return of all parties to the JCPOA to their commitments under the deal. The Vienna talks are to resume by the end of November.

Raisi went on to appreciate Russia for defending Iran’s nuclear rights and pushing for the removal of all anti-Iran sanctions.

Raisi said Iran is determined to expand trade relations with Russia, adding “We are ready to finalize the comprehensive document of long-term cooperation between the two countries so that the process of further enhancing bilateral relations and cooperation can be implemented quickly”.

The Iranian president added opposing unilateralism and strengthening multilateralism are among shared views of Tehran and Moscow.

Raisi stressed the need for joint cooperation between the two countries in regional issues and said, “We consider the continued presence of foreigners in Syria as being against the will of the Syrian people and government and illegal because it threatens the stability and security of the country.”

He also said Iran believes that the presence of Daesh terrorists in Afghanistan is dangerous for the country and the wider region, and all regional nations must be aware of the dangers of this conspiracy.

Raisi added that the Islamic Republic of Iran wants an inclusive government in Afghanistan which would represent all ethnic groups and political factions.

He said, “We believe that the formation of such a government can guarantee Afghanistan’s security”.

Raisi also welcomed Russia’s initiative for stability and calm in the Caucasus region.

During the phone conversation, the two presidents also stressed that Iran and Russia will not accept any change in the geopolitics and the borders of regional countries. Raise also thanked the president and the government of Russia for their assistance in Iran’s membership in the Shanghai Cooperation Organization and for supplying Iran with Covid vaccine.

Putin for his part said Russia supports Iran’s proposal to draft a new document on long-term cooperation between the two countries, and that “we are determined to finalize the document as soon as possible”.

Putin said Russia views improving the level of economic relations and finalizing joint investment programs with Iran as highly important, adding, “We are witnessing positive willingness to increase the level of bilateral, regional and international cooperation between the two countries”.

Putin said Russia and Iran succeeded in preserving Syria’s independence and destroying terrorist hideouts there through their joint efforts.

The Russian president also supported the rights of the Iranian people regarding the nuclear issue. He expressed hope that in the upcoming negotiations, the parties will have sufficient political will to get out of the current situation.

The Russian president further expressed concern over the situation in the Nagorno-Karabakh region. Putin said, “We intend to launch a 3+3 advisory mechanism to increase the level of trust and cooperation in the region and we hope that the Islamic Republic of Iran will support this.”

The Russian president also said Moscow is determined to continue cooperating with Iran in its fight against the Covid pandemic and to sending vaccine shipments to the Islamic Republic for this purpose.